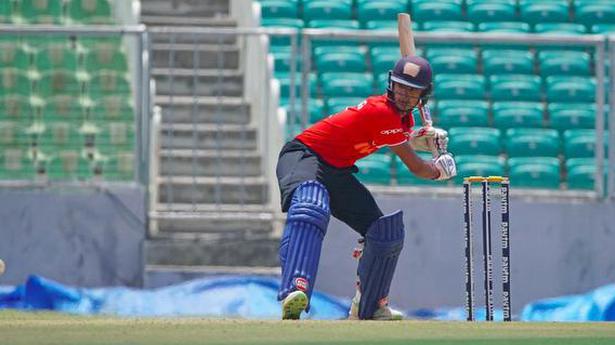 More often than not, toppers and high-scorers keep their nose to the grindstone while preparing for an all-important board exam. The class 12 CBSE exams, the results of which were announced on Thursday, were no exception, with several students admitting that their textbooks were their constant companions. However, some students refused to be “bookworms” and spent a large part of their academic year dribbling away on the basketball court or dancing to beats on stage.

Sajusha Ashok of Sri Kumaran Children’s Home in Bengaluru topped in her school in the humanities stream by securing 98%. She is a national-level athlete and a Bharatanatyam dancer. As sports has always been an important part of her life, she developed a knack for balancing it with academics very young. “I struggled with mathematics because I missed classes, but I worked harder than usual to make up for it. I am happy that my hard work paid off,” she said. Her other laurels include six medals in various competitions during the academic year.

Sanjana Ramesh of Delhi Public School (South) has, as a member of the Indian women’s basketball team, secured a full scholarship in a Division 1 college in the United States. She represented India in the 2018 William Jones Cup in Taiwan and secured a high 80% at her CBSE class 12 exams. “I used to study during camps and training as well. I ensured that I studied at least an hour a day. I also had a lot of support from my family and friends, which got me through [the exams],” she said. She also attributed her success to her teachers, who were willing to give her the extra attention she needed.

Cricketer Shubhang Hegde, a student of Delhi Public School (South), captained the Karnataka Under-19 cricket team and has made his debut in the Ranji Trophy. Although he was unable to attend a majority of classes, he has now secured 72.4% in the class 12 exams. The CBSE made special provisions for him to write the Accountancy and English papers on different days as the original dates clashed with the Under-19 Quadrangular Series in Thiruvananthapuram. He wants to enrol in a Bachelor of Business Administration degree at the St. Joseph’s College of Commerce and is also looking forward to pursuing cricket “more seriously”.

Young sports stars aren’t the only students who channelled their competitive spirit into their academic lives. Dancers, too, found that their passion helped them focus on studies. Neeharika B. Deekshadar, a trained Kathak dancer and student at Gear Innovative International, secured 92.8% marks. “Dance is important to me as it is a stress buster. It was not hard for me to cope with academics as I had been studying all through the year… solving mock question papers helped,” she said.

The government has decided to steeply enhance the fine for illegal river sand-mining from ₹25,000 to ₹5,00,000. A Cabinet meeting here on Wednesday resolved to suitably amend the Kerala Protection of River Banks and Regulation of Removal of Sand Act. The meeting ratified the draft Bill for the purpose. The fine for continued offence will […]

Encounter between security forces and militants underway in Pulwama