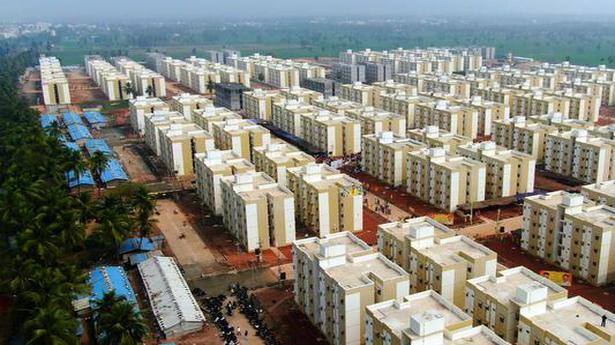 The government has proposed to set up a dedicated unit to effectively monitor the implementation of Pradhan Mantri Awas Yojana (Urban), officials said on Wednesday.

According to a request for proposal (RFP) floated by the Union housing and Urban Affairs Ministry on September 19, the Programme Management Unit will provide focussed support for the PMAY (U) under ‘Housing for All by 2022 Mission’, a flagship programme of the BJP government.

“The ministry has invited proposals from experienced consulting firm/agency for providing manpower for establishment of Programme Management Unit for PMAY,” an official said.

The RFP stated that the participating firm’s average annual financial turnover of last three consecutive fiscal years must not be less than ₹9 crore.

The Ministry, which is mandated to implement the PMAY (Urban), said that interested agencies can submit their proposals by October 17. A pre-bid meeting is scheduled to be held on October 4.

The government has proposed to set up the PMU by April 2020 and it will operate till 2022.

Under the Pradhan Mantri Awas Yojan (Urban), government has set a target of constructing around 1.12 crore houses in urban areas by 2022.

The government provides financial assistance to beneficiaries under the housing scheme.

Last month, Union Housing and Urban Affairs Minister Hardeep Singh Puri had said that the target of ‘Housing for All’ would be achieved in 2020, two years before the deadline.

Hand-holding Kolkata’s elderly through the lockdown

Former Haryana Chief Minister and Leader of the Opposition Bhupinder Singh Hooda has hit out the ruling BJP-JJP alliance government, saying that governance has come to a complete halt in the State as both the partners were busy in settling their internal crises. “It’s been over 100 days since they [BJP-JJP] came to power but […]