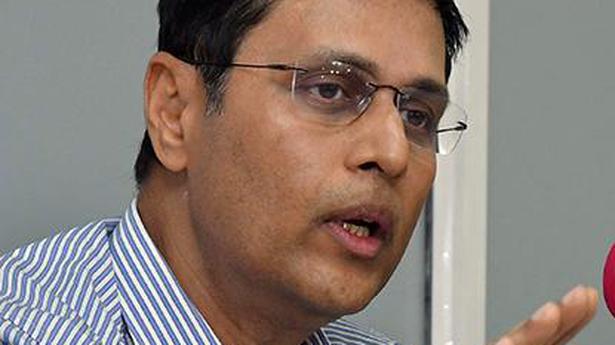 As the stage is set for the biennial elections to the Legislative Council from one graduates and two teachers’ constituencies on March 22, the State election authority, the Chief Electoral Officer, has prohibited transmission of bulk SMSs in seven districts where polls are being held.

The prohibition on bulk messages would start from 6 p.m. on March 20, which would be effective till 6 p.m. on March 22, the time when the polling is scheduled to be completed. The elections are slated to be held for Medak-Nizamabad-Adilabad-Karimnagar Graduates’ Constituency and Teachers’ Constituencies of Medak-Nizamabad-Adilabad-Karimnagar and Warangal-Khammam-Nalgonda as the term of the existing members is set to expire on March 28.

Quoting the instructions from the Election Commission of India, CEO Rajat Kumar said there was scope for transmission of objectionable SMSs in violation of the provisions of the election law, model code of conduct and instructions issued by the commission from time to time. In view of this, the police should make available to public the mobile numbers on which complaints could be registered by those who receive such objectionable messages could register their complaints.

Mr. Rajat Kumar wanted the officials concerned to take the issue to the notice of all the mobile service providers in the State to ensure that they strictly adhere to the ECI’s instructions while extending SMS service to their customers.

Aneek Chaudhuri, director of Malayalam film Katti Nrittam, says he decided to make a film in the languageas he enjoys stepping out of his comfort zone. It will be screened in the film market at Cannes Source: thehindu.com Related

Airlines rush to get crew and aircraft to home bases

As all domestic commercial flights were suspended from midnight Tuesday, the big headache for crew members on duty was to end their flights at their home bases instead of in other cities. There are many whose families are being harassed and ostracised in certain areas. Knowing the problems being faced by the pilots, cabin crew […]

Naxal killed in encounter with security forces in Chhattisgarh

A Naxal, carrying a reward of ₹ 1 lakh on his head, was killed in an encounter with security forces in Sukma district of Chhattisgarh on Wednesday, police said. The skirmish took place at around 3 p.m. in the forest of Gachanpalli village under Bhejji police station area when a joint team of security forces […]