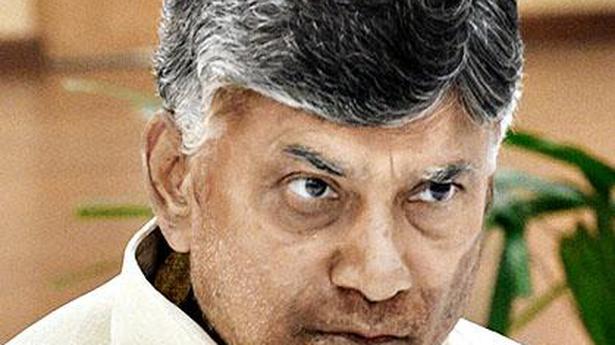 After Congress president Rahul Gandhi’s visit to Mandya Lok Sabha constituency, where JD(S) candidate Nikhil is contesting against BJP -backed Independent Sumalatha, it will be the turn of Andhra Pradesh Chief Minister N. Chandrababu Naidu to pay a visit.

On Monday evening, Mr. Naidu will address a rally at Pandavapura stadium. JD(S) supremo H.D. Deve Gowda will also be present at the rally.

Incidentally, Mr. Gowda had also campaigned for Mr. Naidu in Andhra Pradesh, which went to polls in the first phase of the Lok Sabha elections on April 11.

When asked if he will also campaign for Mr. Gowda in Tumakuru, party sources said that Mr. Naidu will only be taking part in the Pandavapura rally.

Sources said that Mr. Naidu will speak to the larger Telugu population in the State from the rally, seeking votes for the JD(S).

Maharashtra Uddhav Thackeray When the nationwide lockdown began on March 25, Maharashtra chief minister Uddhav Thackeray decided the situation called for innovative ways to manage the crisis. He knew he had to lead by example, make people realise the importance of social distancing in the battle against COVID-19. To drive home the point, he decided, […]

As harvesting of soyabean crop picks up across Adilabad district, farmers are still unsure of purchase of the crop by the government under its minimum support price operations and are getting anxious. “Many of us are selling our produce for a low ₹ 3,200 to ₹ 3,300 per quintal in the absence of government purchase,” […]

A U.S. count of the F-16s with Pakistan has found that none of them are “missing” and all the fighter planes were “present and accounted for,” according to a report in Foreign Policy magazine. India had claimed that its Air Force shot down an F-16 fighter jet during a dogfight on February 27. The U.S. […]