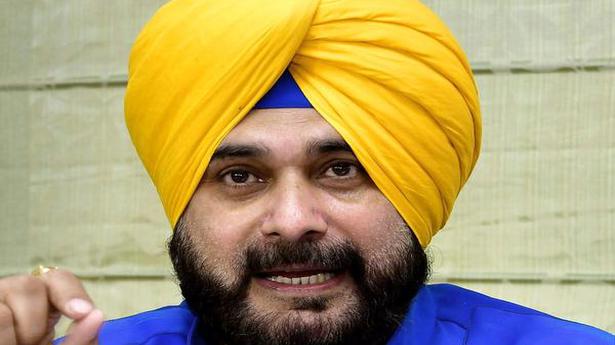 The Congress party’s star campaigner for the Lok Sabha poll, cricketer-turned-politician Navjot Singh Sidhu asserts that the country was facing dictatorship under the present government led by Prime Minister Narendra Modi. Contending that the BJP was using the Army as a tool for fighting election as it had failed miserably to deliver on its promises, Mr. Sidhu spoke on what’s at stake in the current elections and the Congress’ prospects in Punjab.

What’s the Congress fighting for in the Lok Sabha poll?

Winning is not everything, it is the only thing. Politics empowers you to take decisions for the betterment of people and winning an election gives you the power to change people’s lives. That is what you strive for, it is your political existence.

Congress is the only alternative for the change for betterment. In the upcoming election, change is needed to save our democracy, our institutions. Be it the Central Bureau of Investigation, the Reserve Bank of India, the judiciary, we have to save them all because every institution is facing threat under the present BJP regime. Today, if anyone questions them, he/she becomes anti-national. Under the garb of democracy, it’s dictatorship that the country is reeling under.

After assuming power, the Congress party’s minimum income guarantee scheme will be a game-changer in eliminating poverty. We will focus on food for the poor, job opportunities for the youth, etc.

How do you rate the performance of the BJP-led government at the Centre?

It has been a disaster. The BJP has been completely exposed as it has failed to keep its promises. The BJP boasted that decisions regarding demonetisation and Goods and Services Tax were historic, but if that is true then why is it [BJP leaders] not seeking votes on these issues now? Unemployment in the country is at the lowest level in 45 years, as per the NSSO figures, which they have been hiding. As far as development is concerned, it has taken place only for the big corporates, while the farmers and the poor are in despair.

The BJP claims that whenever the Congress is in power, terrorism, corruption, black money rise. What do you have to say to that?

Those who live in glass houses ought not throw stones at others. Mr. Modi’s major plank in the 2014 Lok Sabha poll was that black money in foreign banks will be brought back and ₹15 lakh will be given to every citizen. Now the BJP should tell the people of the country how much money has been brought. Former RBI Governor Raghuram Rajan sent a list of most high-profile alleged bank loan defaulters to the PMO, what’s stopping the government from disclosing their names?

He talks about terrorism — the country has witnessed an increase in terror attacks during the NDA regime. Between 2014 and 2018, Jammu and Kashmir witnessed a total of 1,708 terrorist incidents. On internal security, this government has been a complete failure — why is this government not answering questions related to Pulwama attack? Where did the 250 kg of RDX come from? When the convoy of soldiers was on the move, where were the trackers? Were you preventing or preparing or as always repenting and repairing?

About corruption, I would like to ask if the Rafale deal is not corruption, then what else is? I can assure you that if the Congress were in power, 126 Rafale jets would have come, and the deal would have not been independently negotiated by the Prime Minister as has been done in an attempt to favour Anil Ambani.

Do you think the poll narrative changed after the Balakot air strikes?

It’s the refuge of a failed government. They [BJP] wanted to divert attention from their failures. Their own ally, the Shiv Sena, is questioning them on the motive. Where was this government sleeping for last four-and-a-half years when terror attacks were happening? Our fight is against terrorism and we have a right to know how many Jaish-e-Mohammad men were killed. Families of martyrs are asking this question. But BJP leaders are terming the Indian Army ‘Modiji ki Army’. Is the Army a tool for fighting an election? This has exposed them as they want to deflect the real issues. They have failed miserably and don’t have the courage to face the people.

What are the Congress party’s electoral prospects in Punjab?

I feel the best answer is given by the people. It is for the people of Punjab to decide. Captain Sahab has said that we will win all the 13 seats and as everybody would follow their leader, I think he would have thought about it very carefully and said it. As far as I am concerned, I feel that the voice of the people is the voice of God; in a democracy it’s the people who decide. Punjab was left with a debt of ₹1,82,000 crore by the previous SAD-BJP government. The party has tried its best to help the farmers. I am not saying it has fulfilled everything. We have generated jobs in the past two years. They [SAD-BJP] ruined the State in 10 years of their regime and in our two years we have put it back on track.

Seven senior retired officers of the armed forces , including five Lieutenant-Generals, joined the BJP on Saturday in the presence of Defence Minister Nirmala Sitharaman at the BJP headquarters here. Two former Deputy Chiefs of Army Staff, Lt. Gen. J.B.S. Yadav and Lt. Gen. S.K. Patyal, were among those who joined the party. The other […]

Telugu actor Nanduri Uday Kiran, who acted in lead roles in a couple of movies, died of cardiac arrest at his home town Kakinada. He reportedly breathed his last at a local hospital late on Friday, according to reports. Uday Kiran had acted in movies ‘Pararey’ and ‘Friends Book’, which was directed by the noted […]