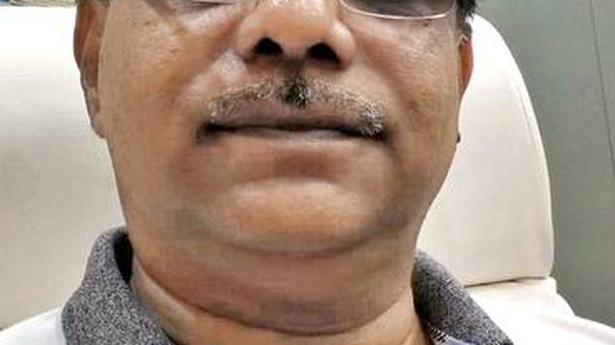 It has been a busy season for K.S. Hosalikar, Deputy Director General (western region) of the India Meteorological Department: a heat wave in many parts followed by the threat of Cyclone Vayu to the Maharashtra, Goa and Gujarat coast and now no sign of the monsoon. His job does not end with monitoring the winds and waves; he needs to be constantly in touch with the authorities. The Hindu spoke to him in his Colaba office while he was tracking the cyclone. Excerpts:

Has cyclone Vayu delayed the monsoon?

Yes. It arrived on June 8, and due to the low pressure system, moved ahead from Kerala only on the 14th. It will move further up only now. There is no rain in interior Karnataka yet. As the cyclone goes away from Saurashtra, revival of the southwest monsoon will start.

What is the timeline we are looking at for the Mumbai monsoon?

This week, South Konkan will receive some rains. Around June 20 and 21, Marathwada and Vidarbha will get some rain. Until then, Mumbai will see intermittent spells of rain. This week, Mumbai may see some continuous showers.

Mumbai has been seeing short bursts of very heavy rain every year, causing flooding. Is this because of climate change?

Climate change is slowly becoming visible. In the past, there would be sustained rainfall, now there is heavy rainfall in a short span. Such short rains have no meaning. They only cause flooding. Agriculture requires sustained rainfall.

We cannot call this climate change, but climate change says precipitation will increase. This is not happening for the better. Heat waves are more frequent and more severe, and cover more area.

How did you track Cyclone Vayu?

On June 8, the monsoon arrived in Kerala. On June 9, we sent out an alert about a low pressure system being formed near Lakshadweep. We had been tracking it from the very beginning. By the 11th, a very severe cyclonic storm was about 300 km southwest of Mumbai. The track forecast said it would move northerly to north-westerly. We had alerted all the stakeholders in the government. On June 12, I told them our beaches were vulnerable that day, considering the cyclone and the danger it posed. It was then decided that all the beaches would have to be shut. There was a big chance of trees falling. The winds were phenomenal on the day.

We were generating updates every three hours. We were looking at landfall and post-landfall outlook. We use observational data, surface charts, satellite imageries. Coastal observatories play a very important role and were told to send observations every hour. This is basically data gathering. We have real-time radar observations, based on which an hourly bulletin was being generated. When the cyclone was about to cross Mumbai towards Gujarat, we came to know that it is not going to hit the Saurashtra-Porbandar line (as expected) but will deviate. Bulletins were generated accordingly. We will continue to watch it closely until it fizzles out.

How has our cyclone forecasting ability improved over the past decade?

This area [our abilities] is gaining appreciation from international agencies. During Cyclone Fani too, we were very accurate. We now have a good range of Doppler radars, high wind speed recorders, satellites, floating buoys for sea surface temperature, coastal observatories, a good network of automatic weather stations and rain gauges and have undertaken development and fine-tuning of cyclone models. For cyclones, we use the weather research forecast model. Any model needs to be tweaked for Indian conditions. Besides, not all models are good for all regions. That requires human intervention.

Is there anything India doesn’t have yet?

Our data is assimilated in global forecasting models. If our data was not up to that standard, the model would have rejected it. Densification of the network and its maintenance are challenges.

The Regional Meteorological Centre (RMC), Mumbai has one Doppler radar while the second one is yet to come up. When will it come up and what else is the RMC getting?

We had started work on the video wall last year, which has become functional this year. Civil work for the second radar is under way. Another radar is planned for Ratnagiri as there is a gap between Goa and Mumbai. The tender is in process.

The second one for Mumbai will not require construction of a building, instead a porta cabin (a portable building) might be used. We want to install it by next year. Indian Institute of Tropical Meteorology (IITM) is going to put four radars in Mumbai. It has already put up rain gauges. Since Mumbai has such a large population, we are planning two radars in Mumbai, one in Thane and one in Navi Mumbai each. Besides, we have come up with our own mobile application for weather updates. The plan is to generate forecast for smaller areas; there are challenges in doing so. In other countries, there are mega city forecasting systems, and we are planning it for Mumbai. We are also planning to sign a memorandum of understanding with Konkan Railway, as they are hit the hardest during the monsoon. They want to put more rain gauges over their tracks. We want to introduce health-related alerts for vector-borne diseases. We have already started a heat action plan in Nagpur and other parts of the country. The mortality ratio has come down significantly. Other States have also adopted it. We had also given a summer outlook.

The earthquakes in Palghar caused a scare, and a seismometer was installed there. What is next in that area?

The National Centre for Seismology and we have placed four seismometers in Palghar that will help in dissemination of data in real time. We are working with the State government, and have asked for a permanent seismo-observatory in Palghar.

They have agreed to that, and some land has been identified. It will have a weather observatory as well, considering the future needs. We expect to construct it in two years after they give us the land.

The Uttar Pradesh government on Thursday removed Amethi District Magistrate Prashant Sharma, a day after a video clip of him meeting the bereaved family of Vijay Kumar Singh alias Sonu Singh went viral on social media. On the demands of the family, Mr. Sharma had visited the post-mortem house on Wednesday, where the body of […]