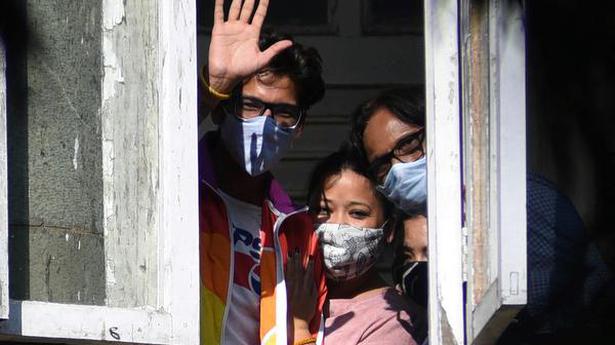 A Mumbai court on Monday granted bail to comedian Bharti Singh and her husband Harsh Limbhachiya, who were arrested after seizure of drugs from their house in Mumbai.

The Magistrate’s Court granted bail to the couple on a bond of ₹15,000 each.

Ms. Singh was arrested on Saturday by the Narcotics Control Bureau (NCB), while her husband was taken into custody on Sunday morning following seizure of ganja (cannabis) from their house in suburban Andheri.

On Sunday, they were produced before the Magistrate’s Court which remanded them in judicial custody till December 4.

The couple then filed bail pleas through their advocate Ayaz Khan which were posted for hearing on Monday.

The NCB recovered 86.5 gm ganja during the search at the couple’s residence and office.

This is considered as ‘small quantity’ under the Narcotic Drugs and Psychotropic Substances (NDPS) Act.

It is the belief of Hindus that Ayodhya is Lord Ram’s birthplace and the court should not go beyond to see how rational it is, said deity Ram Lalla Virajman’s counsel on Wednesday before the Supreme Court which is hearing the politically sensitive Ram Janmabhoomi-Babri Masjid case for the sixth day. Senior advocate C.S. Vaidyanathan, […]

Exactly a year after the State launched the comprehensive Kerala Antimicrobial Resistance Strategic Action Plan (KARSAP), there are worries that the project could be losing its momentum. It was on October 25 last year that KARSAP was launched, making Kerala the first State in the country to come out with an action plan to tackle […]