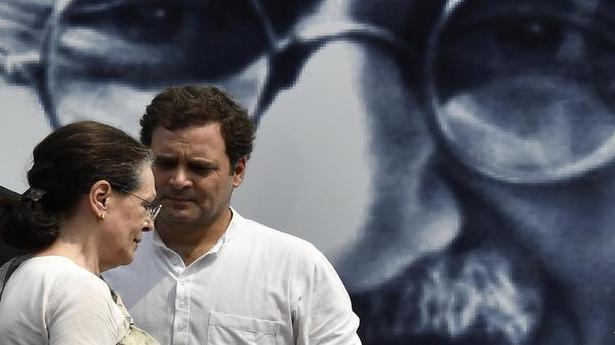 With Assembly elections of Maharashtra and Haryana barely two weeks away, former Congress president and Wayanad MP Rahul Gandhi is reportedly taking off for an international holiday. He was spotted transiting through Bangkok airport on Sunday.

The news has brought with it a familiar wave of accusations and counter accusations of a laissez-faire attitude to politics on the part of Mr. Gandhi levelled by his detractors, and his right to a private life and a spiritual retreat by his supporters.

There is however, a marked difference in this particular holiday that cannot be ignored.

The significance of the timing has nothing to do with Mr. Gandhi’s involvement or lack thereof in the States going into polls. The Congress’ prospects, never good to begin with, are not likely to change miraculously for the better or worse by the presence or absence of Mr. Gandhi.

The significance lies in the fact that he is leaving the country at a time when one after another several of his appointees have openly rebelled or quit the Congress alleging that an “old guard” within the party, now headed by Mr. Gandhi’s mother, Sonia Gandhi, was undermining their authority and hindering their work.

From Sanjay Nirupam in Mumbai, Pradyot Kishore Manikya in Tripura, Ashok Tanwar in Haryana, to others like Milind Deora and Jyotiraditya Scindhia who have been chafing against what they see is the return of the old Congress. Mr Gandhi’s absence at this time is being seen as his refusal to back his men continue in the new system, an attack on Rahul’s Congress that he is doing nothing to stave off.

Any organisational psychologist will tell you that backing your team is important to inspire loyalty, and Mr Gandhi’s absence is reinforcing the fact that in the internecine fight brewing in the Congress, he has chosen to stay silent.

While some say that it is akin to taking the high road, of not doing anything to jeopardise his mother’s stewardship of the party after he resigned, there is another group that says that he may be biding his time before he affects a split like his grandmother, the late Indira Gandhi did in 1969.

It is exactly 50 years since that played out. But an important difference between then and now is that the late Indira Gandhi’s set of followers managed to deliver electorally and hence led to the legitimisation of her leadership and their version of the Congress.

Mr Gandhi, is, alas, not so lucky in that regard. Despite at least 3-4 years at the helm in their respective states, Mr Tanwar and Mr Nirupam could not revive the Congress’ prospects in Mumbai or Haryana. Sachin Pilot, who delivered a Congress victory in Rajasthan in December 2018, is now marginalised after six BSP MLAs joined the Congress government in the State, shoring up Ashok Gehlot’s majority in the Rajasthan Assembly.

This combined with Mr. Gandhi’s refusal to speak up for his team sends a message to other “young leaders” that they may have to knock other doors both within the party and outside. Meanwhile, the optics of Mr Gandhi’s absence from the scene, can hardly be classified as a confidence building measure to his beleaguered coterie in the Congress.

Cyclone Fani, a severe cyclonic storm, made landfall impact on Friday, May 3, 2019 around 8.00 a.m. south of Puri on the Odisha coast. The entire process is expected to happen over the next two hours. The Odisha government on Thursday evacuated over 11 lakh people from low-lying areas in 15 districts. MHA Control Room […]

Bihar deputy chief minister Sushil Kumar Modi may have tried to quieten demands made by some members of his party, the BJP, over a rethink on whether or not the NDA should persist with Nitish Kumar as chief minister going into the 2020 Assembly polls, but the party is girding up for some serious bargaining […]