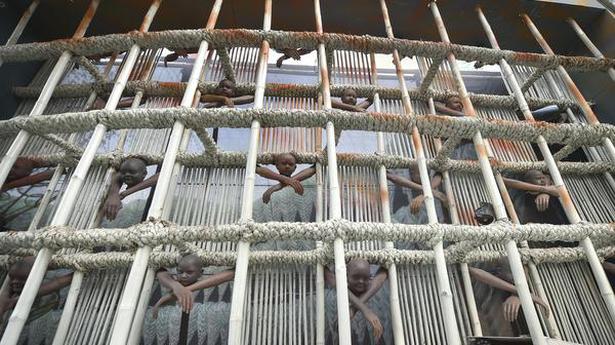 The BJP government at the Centre has plans to identify all infiltrators in India and throw them out of the country, according to Union Home Minister Amit Shah. And this will be done before the next Lok Sabha election in 2024, he told an election rally in Haryana on Wednesday. Whether or not this will be achieved, it is certain that the government will likely take measures in that direction. Whether or not the government succeeds in sending any so-called infiltrators out of India, the process will create chaos.

It was during the 2014 Lok Sabha campaign that Prime Minister Narendra Modi made the distinction between infiltrators and refugees. Infiltrators would be thrown out, while refugees would be allowed to stay in India, according to the BJP’s poll manifesto that is being translated to state policy.

The process of identifying infiltrators will be through the National Register of Citizens (NRC), which is already being implemented in Assam. The NRC will be extended across the country, Mr. Shah has said. The discussions and political diatribe on NRC in Assam have generated three notions or claims, based on facts, but devoid of logic.

This assumption, which has become a talking point of the Trinamool Congress (TMC) that is fighting hard to contain the BJP’s march in West Bengal, is based on the fact that a large number of people excluded from the NRC are indeed Hindus. The TMC has managed to put the BJP on the back foot on this issue, but the last laugh may not be the TMC’s. In fact, the TMC may have fallen into a BJP trap by raking up the anti-Hindu bogey. The NRC may affect Hindu immigrants from Bangladesh, but the BJP is plugging that loophole legally and politically. Once the proposed amendments to the Citizenship Act are passed, most Hindus from Bangladesh, Pakistan and Afghanistan who are already in India, will have a route to Indian citizenship. “I want to assure Hindu, Sikh, Jain, Buddhist and Christian refugees, you will not be forced to leave India by the Centre,” Mr. Shah said in West Bengal on October 1.

That the NRC process is not tainted by any religious prejudice is an argument that the government of India has sought to project internationally.

“Which country allows illegal people to stay in its territory,” asked Ministry of External Affairs (MEA) spokesman Raveesh Kumar during a recent media briefing. “Of course, the due process has to be followed and it is being followed. We have explained that the NRC is a statutory and transparent process,” he added. That there is nothing discriminatory about it, is the spin about the NRC that Indian diplomats are giving abroad. Some commentators have cited the large number of Hindus that are excluded from the register to contend that there is nothing anti-Muslim here. Here again, the NRC process can be understood only in conjunction with the Citizenship (Amendment) Bill. So, both Hindus and Muslims might get excluded from the NRC, but there will soon be a mechanism only for non-Muslim refugees to claim Indian citizenship. Does it qualify as anti-Muslim? Indeed.

NRC not political but judicial move

This argument is also largely meant for an international audience, based on the fact that the drive to identify and expel infiltrators was triggered by a Supreme Court order. “It is a legal process mandated by the Supreme Court,” observed the MEA’s Mr. Kumar. “It is not an executive-driven process. It is a non-discriminatory process,” he added.

The NRC process, however, has long outgrown the mandate of the SC and its strictures and has become a showpiece item for the nationalist politics of the BJP. This could well be on its way to becoming the most significant legacy of the incumbent government. The BJP would be the last one to give up the credit for this to the judiciary.

The Italy couple infected with COVID-19 is being treated at the Sawai Man Singh Government Hospital. The samples of those who came in contact with them tested negative. However, four persons were sent to isolation wards in the State. Read: In Italy and beyond, virus outbreak reshapes work and play The tourist couple from Italy […]

Differences in Cong. spill on to streets

Differences in the Congress over the joint campaign staged by Leader of the Opposition Ramesh Chennithala and Chief Minister Pinarayi Vijayan in connection with the implementation of the Citizenship (Amendment) Act (CAA) has spilled over to the streets. Kerala Pradesh Congress Committee (KPCC) president Mullappally Ramachandran has taken a hard stand against any kind of […]

Finance Minister Nirmala Sitharaman on February 11 said the economy is not in trouble and green shoot are visible with the country moving towards a $5 trillion economy. Listing initiatives taken by the government, she said, increasing Foreign Direct Investment (FDI), rise in factory output and over ₹1 lakh crore GST collection in the past […]