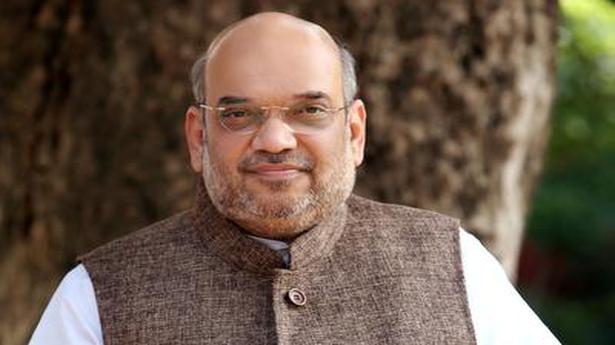 Union Home Minister Amit Shah on Thursday hit out at the Congress and NCP for “opposing” the NDA government’s move to abrogate Article 370 in Jammu and Kashmir.

Addressing a rally at Jat in Sangli district to campaign for the BJP for the upcoming Maharashtra Assembly polls, Mr. Shah said, “Rahul Gandhi, Sharad Pawar should make it clear if they favour scrapping of Article 370.”

Under Mr. Modi’s watch, the national security has strengthened and the entire world now knows that “10 enemies will be killed if one Indian jawan is martyred,” he said, apparently referring to the Balakot air strike after the Pulwama terror attack.

Mr. Shah also asked Mr. Pawar to spell out what the previous Congress-NCP coalition governments did in Maharashtra.

Former IAS officer Shah Faesal, who is under detention, has been taken to a makeshift detention centre at the Centaur Hotel in Srinagar, officials said on August 15. He was shifted from his home to the hotel during the night, they said. Mr. Faesal who was stopped from taking a flight to Istanbul at the […]

A teenage girl was allegedly abducted from outside her home and gang-raped by four men in a village in Haryana’s Palwal district earlier this week. A case has been registered under the Protection of Children from Sexual Offences (POCSO) Act at Palwal’s women police station. Officials said the matter was under investigation and no arrests […]

Another plea to restrain Stalin from linking CM with Kodanad case