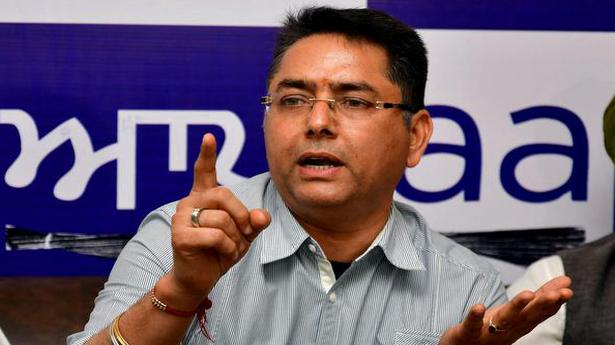 Accusing the Congress government in Punjab of not fulfilling its election promise of scrapping or reviewing the Power Purchase Agreements with private thermal power plants, which were entered into by the previous Shiromani Akali Dal-Bharatiya Janta Party, Aam Aadmi Party leader and MLA Aman Arora has sought Congress president Sonia Gandhi’s intervention in the matter.

Mr. Arora in a letter to Ms. Gandhi demanded that she should direct Punjab Chief Minister Amarinder Singh to fulfil the election promise and scrap the agreements.

Mr. Arora wrote that the Punjab Pradesh Congress Party had in its 2017 Vidhan Sabha election manifesto promised that it would scrap or review the anti-Punjab agreements with three private power plants but nothing in this direction had been done though the government was about to complete three years in power.

Mr. Arora said even a few Congress leaders had demanded scrapping of the agreements.

“I seek your indulgence in the matter to prevail upon and issue directions to the Chief Minister to listen to at least his senior party and government colleagues..if not us in the AAP, to fulfil his manifesto promise of scrapping these agreements. Otherwise, the people of the State will scrap the agreement of power given to the Congress in 2022,” he wrote to Ms. Gandhi.

One death, 176 cases in Coimbatore district

The Red Notices issued against Neeshal and Nehal, brothers of Nirav Modi, the “mastermind” of the Punjab National Bank fraud, are not available on the Interpol website anymore. It is not clear whether the notices have been executed or withdrawn. The CBI’s website, which also maintains a list of the wanted persons against whom Interpol […]