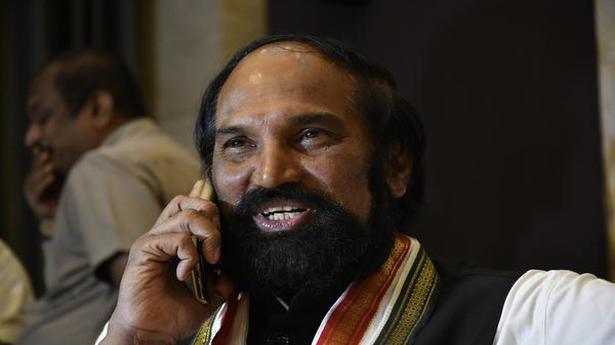 In a major political decision, Congress, the Opposition party in Telangana, has decided to boycott the polling for five MLC seats in the MLAs quota scheduled on Tuesday, protesting against the “brazen violation of the Constitution and democratic norms by the ruling Telangana Rashtra Samithi (TRS).”

“When a Chief Minister who has taken oath by Constitution himself is encouraging defections, there is no sanctity left in the system,” they stated.

The Congress party has fielded TPCC treasurer Guduru Narayana Reddy as its candidate for one MLC seat in the MLAs quota out of five going to the poll with the hope that it has sufficient numbers — 19 Congress members and two TDP members elected to the Assembly as part of the pre-poll alliance. However, after the switching over of four of its legislators and one of TDP, Sandra Venkata Veeraiah, the party’s numbers have depleted much below the required 21.

The TPCC leaders said they would make it a national issue by taking to the notice of all parties for a debate apart from moving constitutionally by complaining to the Speaker and knocking the doors of courts in case there was no action by the Speaker.

The three SRPF jawans, who are natives of Jalna, were posted at Malegaon, which has emerged as the COVID-19 hotspot in Nashik district. Source: thehindu.com Related