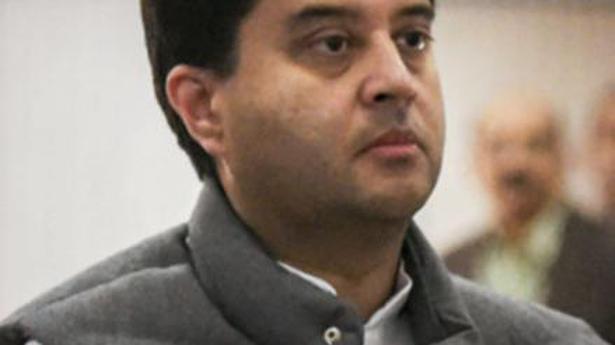 The Congress on Friday fielded former union ministers Jyotiraditya Scindia and Manish Tewari from Guna (Madhya Pradesh) and Anandpur Sahib (Punjab) parliamentary constituencies respectively. With this, the party has announced a total of 386 candidates for the Lok Sabha elections. Mr. Tewari had backed out from contesting from his Ludhiana Lok Sabha seat in 2014 citing health reasons. He was initially seeking the party ticket from Chandigarh, where the party has fielded former railway minister Pawan Kumar Bansal.

President of Shri Ram Janmabhoomi Teertha Kshetra Trust, Mahant Nritya Gopal Das, on Friday said the Ram temple in Ayodhya would come up where the deity dwells and it would be on the lines of the model displayed earlier. “The temple will be built where Lord Ram dwells in Ayodhya. It will be on the […]

The first AH-64E Apache attack helicopter built for India was formally handed over to the Indian Air Force (IAF) at Boeing production facility in Mesa, Arizona in USA on Saturday. The first batch of these helicopters is scheduled to be shipped to India by July this year. “Selected aircrew and ground crew have undergone training […]

The Supreme Court on Monday asked its Registry to respond to a plea to live-stream the Ayodhya title dispute hearings. A Bench led by Chief Justice of India Ranjan Gogoi issued notice on the petition by activist K.N. Govindacharya, who said the hearings concerned an issue of social and constitutional gravity. Senior advocate Rajeev Dhavan, […]