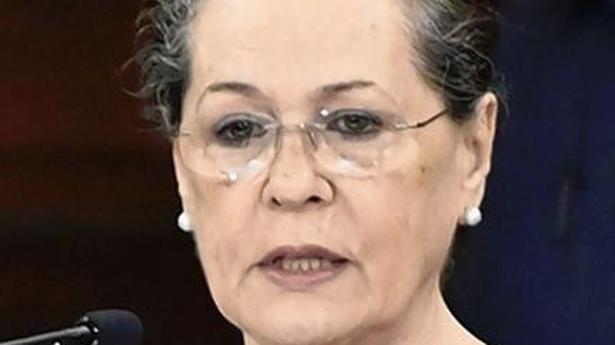 At its very first meeting, a policy group formed by interim Congress president Sonia Gandhi to discuss the party’s position on various controversial issues will take up the upcoming Citizenship Amendment Bill. The party has also constituted another group of leaders from North East and State in-charges of North East to discuss the National Register for Citizens (NRC).

Both the meetings are scheduled for Friday.

The Congress has been unable to navigate the tricky issue of NRC and Citizenship Amendment Bill (CAB) that are closely interlinked, with varying voices within the party on the subjects. The party wants to be prepared well in time for the winter session of Parliament when the BJP government is expected to move the legislation.

Party units in Meghalya, Arunachal Pradesh and Mizoram have supported NRC. Recently, the Pradesh Congress Committee president of Tripura, Pradyot Debbarma, quit the party on this very issue. He was rallying in support of NRC in the State.

The party is in principle opposed to the Citizenship Amendment Bill, but its leaders seem disagree on what exactly its stand should be. “The Citizenship Amendment Bill will benefit the Hindus in Assam, West Bengal and north eastern States. So if we oppose all guns blazing we will be seen at odds to a huge group of voters. We have to set our line on the issue and this can be done only when we listen to all the stakeholders,” a top Congress leader said.

In previous Lok Sabha, all the four Congress members of a select committee that reviewed the CAB — Adhir Ranjan Chaudhary, Sushmita Dev, Pradeep Bhattacharya and Bhubaneshwar Kalita (who shifted to BJP) — had submitted dissent notes.

Srinagar An encounter broke out between militants and security forces in the Shopian district of Jammu and Kashmir Friday, officials said here. Security forces launched a cordon and search operation in the Imamsahib area of Shopian in south Kashmir following information about presence of militants there, a police official said.   Meanwhile, IANS reports on […]

Pre-monsoon rainfall from March to April, a phenomenon critical to agriculture in some parts of the country, has recorded 27% deficiency, according to the India Meteorological Department (IMD). The IMD recorded 43.3 millimetres of rainfall across the country from March 1 to April 24 as against the normal precipitation of 59.6 millimetres. This was 27% […]