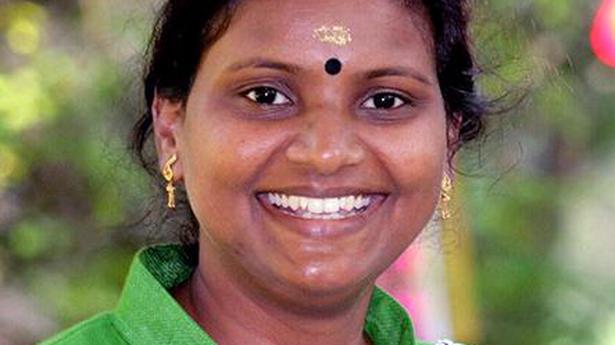 The only woman MP from Kerala in 17th Lok Sabha and the second Dalit woman in the Lower House from the State (after CPI’s Bhargavi Thankappan in 1971), 32-year-old Ramya Haridas of the Congress, who declared personal assets valued at ₹22,816, won with a margin of 1.59 lakh votes in Alathur against sitting MP P.K. Biju of the CPI(M).

She speaks to Bindu Shajan Perappadan about how it is to be part of a Congress which is going through testing times, and working in the Opposition in a House where the BJP enjoys a brute majority.

The Union government in the Lok Sabha has been passing bills after bills with many in the Opposition complaining that their views are being sidelined. As a new MP in the Opposition what are your thoughts on this?

Yes, bills are being passed in a great hurry and the Opposition has made it a point to highlight this. We have repeatedly asked for better scrutiny of bills and more time to debate. As a new MP, it’s a huge learning curve and I am particular about attending Parliament every day. We bring the State’s voice to the Centre and this gives us the opportunity to be part of the big picture.

Congress is going through some testing times…how are the party members, especially young leaders, like you viewing this?

Congress leaders are doing what is best for the party. The leaders feel such changes are required. These changes do not affect the morale of party workers. The Congress has contributed immensely to the development we have witnessed and are building on. Our commitment to India and the welfare of her masses surpass everything else. We work on the road map given by Mahatma Gandhi and Jawaharlal Nehru. We have the common man’s support and that is enough.

The party has trusted me and given me a huge responsibility. I have come from the grassroots.

I was serving as the president of Kunnamangalam block panchayat in Kozhikode before contesting the Lok Sabha elections. My heart is still with my people there and there is much I need to do.

As the lone woman from Kerala in the House what would your priorities be?

I feel empowered. It’s the people of Kerala who have trusted me enough to grant me a place in this temple of democracy. It is a very humbling experience. But I understand its power, reach, and magnitude. This is not a job for me…..it’s my life and philosophy. My priority is to work for the Dalits, farmers, and women.

We have areas in Kerala where farmers get nothing from the profit they make from the produce of their own land. The plight of Dalits has improved but there is so much more to be done.

What are your views on the Sabarimala temple issue?

Faith and religion are deeply personal affairs. I believe that if something hurts a person or community, it’s best not said or done.

India is one of the few countries whose actions are compliant with the Paris Agreement goal of keeping rise in temperature to below two degree Celsius, Prime Minister Narendra Modi said on Monday. Addressing COP13 delegates in Gandhinagar via video conferencing from Delhi, Mr. Modi said India has been championing climate action based on values […]

‘Why no action in Narada, chit fund scams in Bengal?’

Raising the Narada sting videos and the chit fund scam, Leader of the Left Legislature Party in the West Bengal Assembly Sujan Chakraborty and Leader of the Opposition Abdul Mannan on Thursday wrote a letter to Prime Minister Narendra Modi asking why “sanction has not been accorded to” the Central investigation agencies to prosecute MPs […]