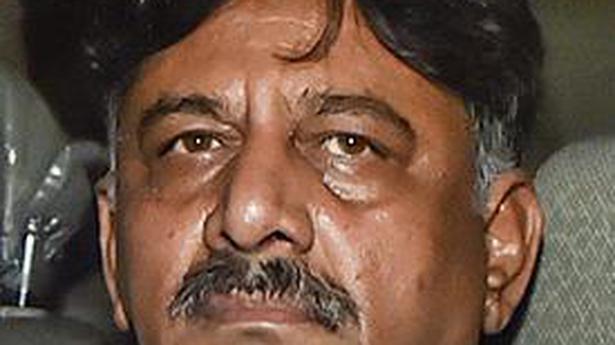 Mr. Shivakumar has challenged the trial court’s Wednesday order by which his bail plea was dismissed.

The ED had in September last year registered the money laundering case against Mr. Shivakumar, Haumanthaiah, an employee at the Karnataka Bhavan in New Delhi, and others.

The case was based on a charge sheet filed by the Income Tax Department against them last year before a special court in Bengaluru on charges of alleged tax evasion and ‘hawala’ transactions worth crores.

The I-T department has accused Shivakumar and his alleged associate S.K. Sharma of transporting huge amount of unaccounted cash on a regular basis through ‘hawala’ channels with the help of three other accused.

A request of former Chief Minister and National Conference (NC) patron Farooq Abdullah to offer Id-ul-Azha prayers in a mosque was turned down by the authorities, according to his family members. A close relative of Dr. Abdullah, who wished not to be named, told The Hindu that Dr. Abdullah was “barred” from Id prayers despite […]