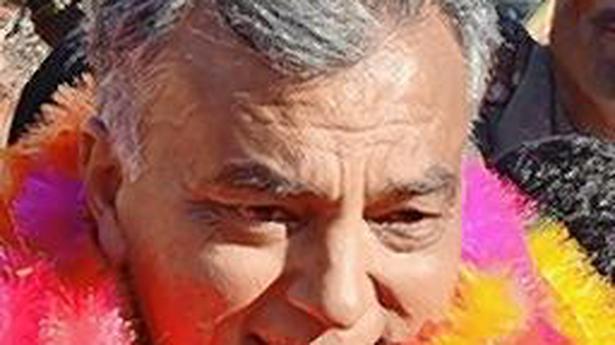 Himachal Pradesh Power Minister Anil Sharma resigned from the BJP on Friday, days after the Congress fielded his son Aashray Sharma as its candidate from the Mandi Lok Sabha constituency. Anil Sharma was under pressure from the BJP after his father, former Union minister Sukh Ram, quit the saffron party and joined the Congress along with Aashray Sharma last month. “I have resigned as during a public meeting in my Assembly segment Mandi yesterday, the CM said ‘my minister (Anil Sharma) is lost somewhere,” Mr. Sharma said here after sending his resignation to Chief Minister Jai Ram Thakur’s office.

Leader of the Opposition Siddaramaiah took strong exception to the remarks of Chief Minister B.S.Yeddiyurappa that the Congress had shielded Popular Front of India (PFI) by withdrawing cases against them. Mr. Yeddiyurappa sought to blame Mr. Siddaramaiah for the attack on Congress MLA Tanveer Sait, who is now recuperating in a hospital in Mysuru, by […]

Congress leader P. Chidambaram, facing threat of arrest, failed on August 21 to get protection from the Supreme Court which decided to hear on August 23 his petition seeking stay on the Delhi High Court order that had dismissed his anticipatory bail plea. Also read | Chidambaram’s bail plea fails to get hearing in Supreme […]

Waikar, Sawant may not get perks to skirt ‘office of profit’ row in Maharashtra

To avoid any controversy over the appointment of Shiv Sena MLA Ravindra Waikar and party MP Arvind Sawant to key posts with Cabinet rank, the Uddhav Thackeray-led government may issue a notification saying they may not get perks and allowances for the posts. The government has appointed Mr. Waikar as the chief coordinator in the […]