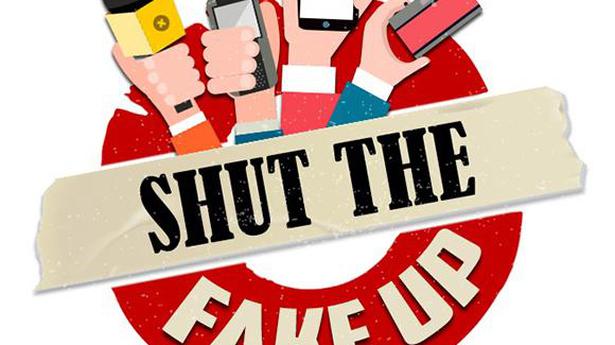 While the Congress is yet to officially announce an effective poll slogan to anchor its campaign, the party has thrown its weight behind a social media offensive calling out the government.

On Saturday, a mysterious Twitter handle @STFUIndianmedia started sharing video clips with the hash tag #ShutTheFakeUp, modifying a commonly used colloquial phrase to express exasperation but also viewed as a term of abuse.

Within 24 hours, the hashtag #ShutTheFakeUp had raced to the top 10 trends. Interestingly, though, only one verified account, that of Sanjay Dutt, All India Congress Committee (AICC) secretary in-charge of Tamil Nadu, was among the 137 followers of the handle until Sunday evening.

But several senior Congress leaders from verified handles started tweeting videos of what promised to be spoofs on mainstream media reportage on the Narendra Modi government’s claims.

“2 crores jobs a year to 45 year low as Unemployment Hits Nation- this drastic fall from grace should have been the national media’s headline, but real, relevant issues stopped mattering to them since last 5 years!” tweeted Chhattisgarh Minister and senior leader T.S. Singh Deo with the hash tag #ShutTheFakeUp. He also shared a video that mocked the Modi government’s claim on jobs. The two minute clip showed how mainstream media, including popular TV anchors, presented statistics of job creation without questioning the government’s claims or verifying data.

The video was also shared on Instagram, one of the most popular social media platforms.

“The modus operandi of the govt. is to exploit the public’s gullible nature by luring them to believe in existence of new jobs even as Unemployment Hits Nation! Wish the ‘chowkidaar’ tag on Twitter came with a pay package! Stop the fake news!” tweeted Mr. Singla.

However, the Opposition party seemed cautious in claiming credit for the hashtag. “We may tweet or retweet something we agree with individually. But our own Congress party’s campaign would be tweeted from our official handle @incindia,” said a Congress leader.

Health: Towards a Healthy Spirit

The Journey So Far The National Medical Commission Bill, 2019, has been passed by both houses of Parliament, heralding a new era in medical education The ministry of health and family welfare, through a notification, has put in the public domain the Clinical Establishments (Registration and Regulation) Act, 2010, and the Clinical Establishments (Central Government) […]

Former Congress president Rahul Gandhi met Kerala Chief Minister Pinarayi Vijayan in New Delhi on Tuesday to apprise him of the problems faced by the people of Wayanad due to the night traffic ban on the national highway passing through the Bandipur Tiger Reserve in Karnataka. Mr. Gandhi, who represents Kerala’s Wayanad Lok Sabha seat, […]