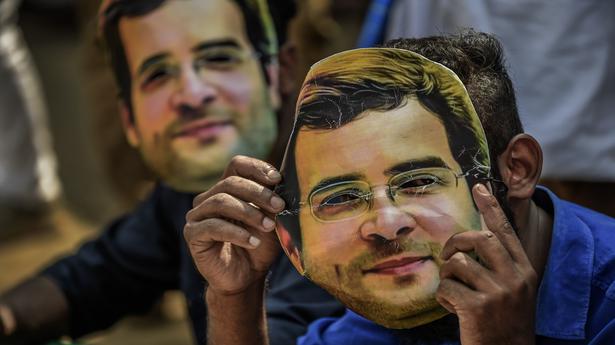 Five days before the first phase of voting for Lok Sabha 2019, the Congress on Sunday unveiled its campaign slogan Ab hoga nyay (Now, there will be justice) that seeks to play on the Hindi acronym for the party’s minimum income guarantee scheme or Nyuntam Aay Yojana.

Congress strategists say the tagline is based on the positive feedback it received around the concept of NYAY.

“We are seeking justice or Nyay against the injustices committted in the past four years. Those who promised Acche Din only delivered anyay (injustice),” said Anand Sharma, chairman of the Congress Publicity Committee.

Advertising agency, Percept, has been chosen as the main agency that will work on the creative aspects of the campaign including a video jingle whose lyrics have been written by Javed Akhtar and directed by film maker Nikhil Advani.

The party will also have large container trucks that will criss cross the entire country with the Congress campaign taglines.

The digital campaign for the party will be mainly handled by Silver Push while creative content will be designed by Niksun and Design Boxed.

“Our campaign doesn’t not focuses on income guarantee alone. It is about ensuring nyay to farmers, nyay to youth, nyay to entrepreneurs,”said Mr. Sharma.

Congress spokesperson Randeep Surjewala said that there will be no discussion with the Aam Aadmi Party on the matter of alliance in Punjab and Haryana.

However, for alliance with AAP in Delhi, Mr. Surjewala said, “Please wait”.

Wanted gangster Sukhpreet Singh Dhaliwal, alias Budda, is being deported from Armenia and will be arrested by the state police upon his arrival at the international airport in Delhi, Punjab DGP Dinkar Gupta said here on Friday. He said in a breakthrough in the campaign against gangsters, the Punjab Police was all set to arrest […]

Two cases each in Kozhikode, Kannur

Congress yet to reach consensus on candidate for Speaker’s post

A day before the Maharashtra Vikas Aghadi government faces a floor test in the Assembly, the State Cabinet on Friday recommended changing the pro tem Speaker from the Bharatiya Janata Party’s (BJP) Kalidas Kolambkar to Dilip Walse-Patil of the Nationalist Congress Party (NCP). Meanwhile, through the day, the Congress and NCP were still carrying out […]