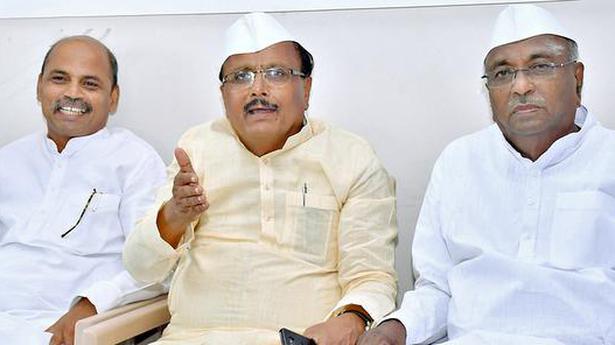 Addressing a press conference here on Sunday, B.R. Patil, Sharan Prakash Patil and other Lingayat leaders in the Congress, said that leaders from both factions [those who held that Veerashaivas and Lingayats are one and the same and those who held that both were different] will participate in the meeting.

“The BJP is misleading the people by spreading misinformation that Veerashaiva-Lingayats will vote only for the BJP. To counter the malicious propaganda and make the voters aware of the actual situation, we are holding the meeting at 5 p.m. in Veerashaiva Kalyan Mantap in public garden. Nearly 10,000 community members are expected in the meeting,” Mr. B.R. Patil said.

Condemning the BJP for the “propaganda”, Mr. Sharan Prakash Patil claimed that the Congress too had a strong support base in the Veerashaiva-Lingayat community across the State.