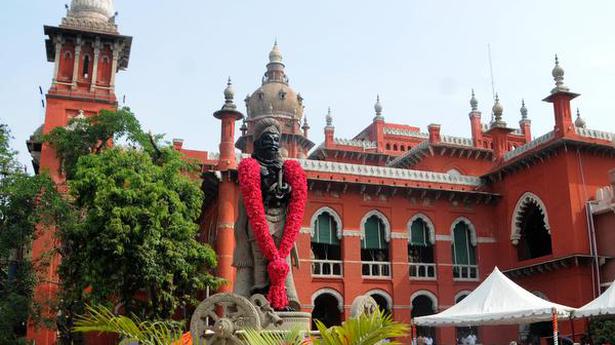 The Principal Chief Conservator of Forests (PCCF) and Chief Wildlife Warden Sanjay Kumar Srivastava has informed the Madras High Court that it is not advisable to shift a three-month-old female elephant calf that strayed away from its herd from Sathyamangalam Tiger Reserve in Erode district on September 27 to a zoo, as desired by an animal rights activist.

In a status report filed before a Bench of Justices M. Sathyanarayanan and N. Seshasayee, which was seized of a public interest litigation petition filed by the activist S. Muralidharan, he said elephant calves depended on their mother’s milk up to three years of age. Hence, it would be prudent to make sincere attempts to get the calf reunited with a herd.

According to the report filed through Additional Government Pleader S. Vijay Prashanth, the calf was sighted alone for the first time near the Kanakunthur village area of the Sathyamangalam range on September 27. Immediately, she was taken back to the forest and efforts were taken in Guthiyalathur of Kanakunthur beat to get the animal reunited with her mother.

The same calf was sighted outside the Dhimbam forest area on October 2 during patrolling of the forest front-line staff of the Hasanur range. Then, the animal was found alone with some wounds on its left fore limb and right hind limb, besides swelling on its legs. It was taken to the forest veterinary centre at Karachikorai and provided treatment.

The calf was kept in the centre till October 8 and provided with milk (lactogen), glucose and medicines to improve its condition.

The Ram Janmabhoomi temple in Ayodhya is a symbol of Hindu religious sentiments and self-respect, Vishwa Hindu Parishad secretary general Milind Parande has said. Speaking to the media in the city on Sunday, Mr. Parande termed the Supreme Court verdict on the Ayodhya title suit as “the victory of truth” and a result of the […]

Union Home Minister Amit Shah has cancelled his visit to two Northeastern states — Meghalaya and Arunachal Pradesh — on Sunday and Monday next, officials said. The cancellation comes amidst widespread protests in Assam and Meghalaya against the Citizenship (Amendment) Act, 2019. The home minister’s visit to the Northeast has been cancelled, a home ministry […]

Copious rains recorded in the State and abundant flood received into major reservoirs in the State during the kharif season this year have not only reduced the energy consumption but also helped the two power distribution companies (Discoms) save on energy purchase costs with sizeable contribution from hydel generation. As such, the Discoms put the […]