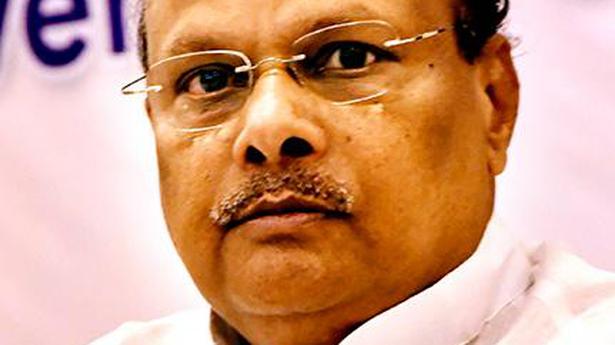 Telugu Desam Party (TDP) Polit Bureau member Yanamala Ramakrishnudu has asked the government to convene the Legislature to discuss the financial health of the State.

In a statement on Thursday, the former Minister said the State has retrograded in the last five months under the YSR Congress Party rule. The State government was trying to hush up its inefficiency and failures by blaming the TDP. The financial difficulties were not due to the TDP rule. The TDP could ensure that no new taxes were levied and augment the revenues though the journey after bifurcation of State began with revenue deficit.

The difference between Andhra Pradesh and Telangana in revenue deficit was 8% at the time of bifurcation. The TDP government could bring it down to 1%. The growth rate was 11.2% when the YSRCP came to power. The Per Capita Income (PCI) was ₹1.64 lakh during the TDP rule. The government admitted that the PCI fell by ₹17,000 during the last five months. Also, the growth rate fell to 8%, he pointed out.

Despite hardships, the State progressed during the TDP tenure. Now, the government had stalled all projects, including Amaravati, Polavaram and other irrigation projects. Construction workers were rendered jobless and their incomes had fallen due to sand scarcity. The government was transporting the sand to Bengaluru from the State and selling it at a price of ₹1 lakh per lorry. The bankers reposed faith in the government during the TDP government. But, were shying away now. The issues could be discussed if the government conducted the Assembly session, he added.

Key govt. staff to get authorisation letters from police

The employees of various government departments who are “absolutely necessary” to carry out additional essential services will be issued authorisation letters by the Deputy Commissioner of Police (New Delhi) through email. Following the Union Home Ministry’s decision to impose a complete lockdown in view of the COVID-19 spread, the Department of Personnel and Training on […]

The Unemployed | The Jobs Jigsaw

With the Lok Sabha election just months away, the leaked findings of the latest National Sample Survey Office (NSSO) report couldn’t have come at a worse time for the Narendra Modi government. The NSSO data shows that labour force participation has been decliningfrom 43 per cent in 2004-05, it came down to 40 per cent […]

People visiting the polling station at the fag end usually return disappointed when somebody else has already cast their vote. But a young elector, Anitha, from Giddalur was not the one to silently return home. After finding that her vote had already been cast in a polling booth in the Giddalur Assembly segment, she invoked […]