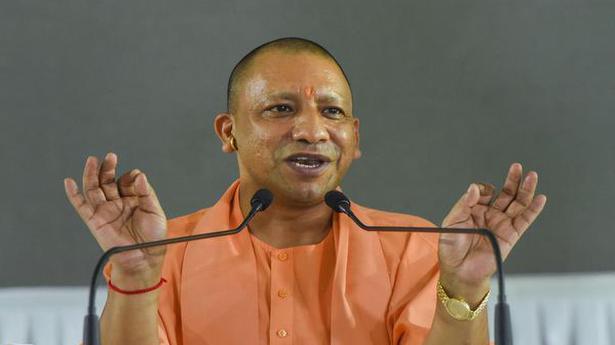 Terming the huge cut in corporate tax rates by the Centre early this week as a “bold” step and a pre-Deepavali gift to India Inc., Chief Minister Yogi Adityanath on Sunday hoped the ₹1.45 lakh crore tax break would help propel India into a USD 5 trillion economy and U.P. into a USD 1 trillion economy by 2024.

“The message behind the cut in tax rates is very clear – more wealth and more investment by companies, creation of more jobs, high development, increase in demand and productivity, and increased income,” said Mr. Adityanath.

The Chief Minister exuded confidence that the Union Finance Ministry’s move will “not only enable India to become a USD 5 trillion economy by 2024 as envisaged by Prime Minister Narendra Modi but also help Uttar Pradesh to embark on the path of becoming a USD 1 trillion economy”.

The Chief Minister made the remarks at a news conference ahead of a training programme Manthan organised for ministers and senior officials of the Uttar Pradesh government by the Indian Institute of Management, Lucknow.

He said the tax rate cuts will tremendously benefit the automobile sector and capital intensive industries such as construction and engineering.

“U.P. has already prepared 21 sectoral policies and is ready as a new investment destination. The new tax rate cut will boost new possibilities in the State and will have a positive impact on the State’s economy,” an official statement quoted the Chief Minister as saying.

“The move will not have any negative impact on tax collection in the State. The tax rate cut is a historic and bold step,” the Chief Minister added.

“The US-China trade war will benefit the country, and U.P. can derive the maximum benefit from it, as the State has better connectivity, land bank, policies of most of the focus sectors,” said Mr. Adityanath.

“We have also made a significant jump in the country in the ease of doing business. In the past two-and-a-half years, the condition of MSME sector in the State has also improved,” the Chief Minister said.

Mr. Adityanath said that at a time when growth rate of many countries is hovering in the range of 1-2%, India is growing at the rate of “over 5%”.

“I congratulate the Prime Minister and Union Finance Minister for these historic and bold decisions,” he said, adding Uttar Pradesh will become one of the most attractive investment destinations.

Battling a six-year low economic growth and a 45-year high unemployment rate, the Centre on Friday slashed corporate tax rates for companies by almost 10% to 25.17% to bring them at par with Asian rivals such as China and South Korea, as it looked to boost demand and investments.

In many parts of the country, the run-up to the Lok Sabha elections is witnessing an injection of young blood, with youth leaders such as Kanhaiya Kumar and Shehla Rashid being projected onto the national stage. They are expected to make their electoral debut this year. In Karnataka, however, parties are scrambling to find fresh […]

DMK president M.K. Stalin on Sunday condemned the Tamil Nadu government’s proposal to hold common examinations for classes V and VIII, saying the move will fully commercialise even primary education and make it unattainable for the poor. In a statement, he said the move will pave the way for the proliferation of coaching centres to […]

People returning to their villages in Mysuru from Bengaluru are facing resistance from local villagers, who fear the spread of COVID-19.A day after re Source: thehindu.com Related