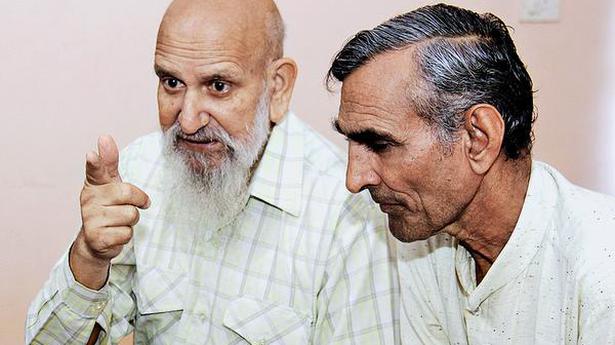 Speaking to The Hindu here on Tuesday, Mr. Makhnotra, activist of Nature-Human centric People’s movement, said religion and nationalism were just tools used by the Corporate forces to divide Indian people and assert their supremacy.

This was not the situation in India alone, it was a global condition. If religion could be the binding factor, the whole Europe should have been united. People no more elected governments. It was the corporates who decided. The politicians were just puppets dancing to their tunes, he noted.

“Exploitation of the untapped natural resources in Kashmir is the main agenda behind scrapping of Article 370,” said Mr. Makhnotra.

Disputing Prime Minister Narendra Modi’s argument that the scrapping of the special status would improve the development index of Kashmir, he said, the growth parameters of Jammu and Kashmir, even though it was rattled by violence for most of the time, was much better than Gujarat. “When life expectancy of Kashmir is 74 that of Gujarat is 69. The Human Development Index of the Jammu and Kashmir in 2017 was 0.68, which is higher than Gujarat,” he said. Mr. Makhnotra, recalled that during partition, even when people in India and Pakistan were divided in the communal line, peace was intact in in the Valley.

There was no violence in Kashmir in 1947. Not even a single Pandit was killed. “Problem started with communalism wedded to power. The Hindu appeasement by Delhi lobby and Muslim appeasement of NC-PDP parties in Kashmir polarised people, which led to migration of Pandits,” he said.

The instrument of Accession (Jammu and Kashmir) was signed between Maharaja Hari Singh and Lord Mountbatten not between Nehru and the King as widely believed, he noted.

A solution for the Kashmir problem could only be arrived through a tri-party discussion between India, Pakistan and the people of Kashmir, he said.

Mr. Sajjan Kumar alleged that the Indian Constitution was never secular. It had been Hindu majoritarian in nature. The Citizenship Bill, which brought by the Modi government, was challenging the existence of millions of people in Assam. Kerala or Tamil Nadu might face similar crisis in some other form any time, he noted.

The human rights activists were in Thrissur to participate in a democratic conference.

The Centre’s decision to move competitive examinations such as the all-India entrance tests for medical and engineering courses away from the Central Board of School Education (CBSE) to the newly created National Testing Agency has left the school board in a financial hole, forcing it to double examination fees for Class 10 and 12 students. […]

If Chief Justice of India Ranjan Gogoi is given a copy of the ‘confidential’ inquiry report, I should be provided with one too, the former apex court staffer wrote to the in-house panel, which found “no substance” in her sexual harassment allegations against the CJI. “I have a right to know how, why and on […]