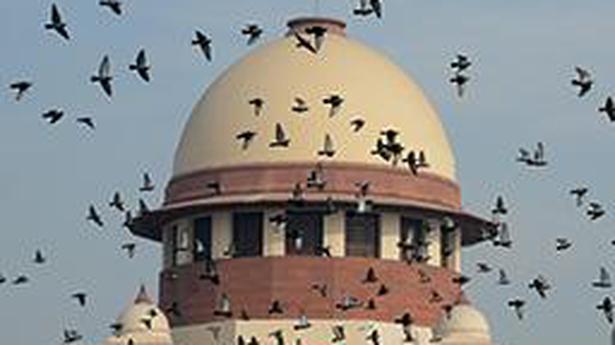 A couple who choose to divorce by mutual consent will be susceptible to contempt of court if they do not abide by the various conditions of compromise finalised by the court, the Supreme Court has said.

In a recent order by a Bench led by Justice R. Banumathi, the apex court used its extraordinary powers and allowed a couple based in Uttar Pradesh to part by mutual consent after 20 years of marriage, provided they withdraw the several criminal cases filed against each other.

“In case of non-compliance of the terms of compromise, parties would be liable for contempt of this court in addition to other remedies available under law,” the order warned them.

The appeal filed by the husband, after his divorce petition was dismissed by the lower courts, in the Supreme Court took an amicable turn when the Bench referred the case for mediation.

The parties agreed to part by mutual consent and agreed to file a separate application agreeing for dissolution of marriage invoking the powers under Article 142 of Constitution.

The case was settled after the husband agreed to pay his estranged wife ₹10 lakh in full and final settlement of her claims “towards monthly maintenance past, present and future and in full quit of all other claims”. He also agreed to put fixed deposits worth ₹3 lakh for his daughter and contribute ₹1 lakh for her wedding.

Over 5.42 are under surveillance, says official Source: thehindu.com Related

As many as 50 students of two government schools in Odisha’s Jajpur were taken ill after consuming mid-day meal on Saturday, officials said. The first incident occurred at Sibantpur Upper Primary School under Haridaspur panchayat of Dharmasala block, they said. The meal was served at about 10 am in the school and about 40 students […]

Visva-Bharati University has evicted a student from its hostel for recording on his mobile phone the speech of Vice-Chancellor Bidyut Chakrabarty during the Republic Day function. The university maintained that the video was used to defame the Vice-Chancellor and therefore the student was responsible. The student, Bijju Sarkar, who hails from a village in Bankura […]