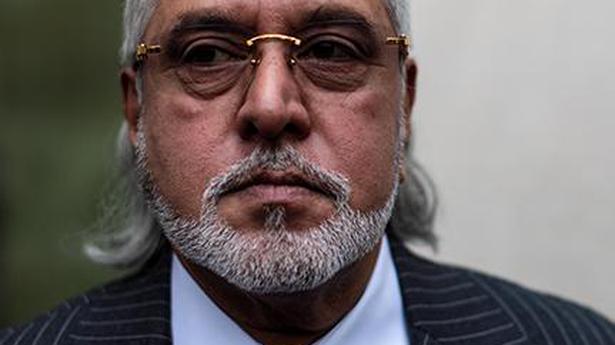 A Delhi court has ordered attachment of liquor baron Vijay Mallya’s properties in Bengaluru in a case relating to FERA violations.

The court directed the State police to attach the properties by July 10, the next date of hearing.

The Bengaluru police had earlier informed the court that it had identified 159 properties belonging to Mr. Mallya, but had not been able to attach any of them.

Mr. Mallya was declared a proclaimed offender by the court on January 4 last year for evading its summons in the case.

The court had on May 8 last year directed the attachment of Mr. Mallya’s properties in the case through the Commissioner of Bengaluru police and sought a report on it. It had declared Mr. Mallya a proclaimed offender for evading summons in a Foreign Exchange Management Act (FERA) violation case after noting that he had failed to appear despite repeated summonses.

It had on April 12, 2017 issued an open-ended non-bailable warrant (NBW) against the liquor baron.

Unlike a non-bailable warrant, an ‘open-ended NBW’ does not carry a time limit for execution.

Tension prevailed at the Tekkali police station of Srikakulam district for more than six hours in the early hours of Wednesday with Telugu Desam Party MLA K. Atchannaidu staging a protest over the arrest of party leaders who had agitated for the continuation of pensions for eligible persons. Mr. Atchannaidu, carrying a portrait of Gandhiji, […]

A day before the rape victim was set ablaze in Unnao by two of her alleged rapists and three others, a 30-year-old woman faced acid attack by four men in a village for refusing to withdraw her complaint of rape against them, the police said on Saturday. The woman suffered 30% burns and is undergoing […]

The Meerut police have arrested the alleged “mastermind” of December 20, 2019 violence in the city. The police nabbed Anees Khalifa, an alleged member of the Popular Front of India, from Lisari Gate area on Tuesday night. A 9 mm pistol, a country-made pistol, and some cartridges have been recovered from Anees, police said. Meerut […]