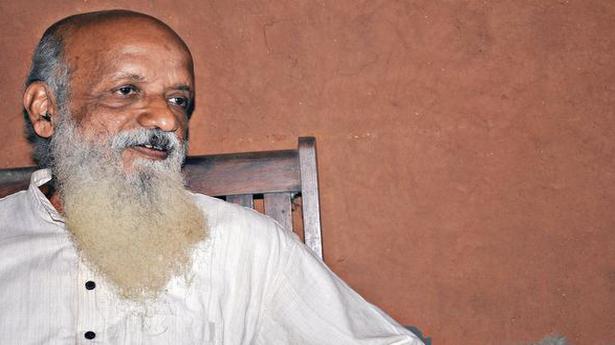 Theatre personality and social activist Prasanna, founder of ‘Charaka’, a women’s rural handloom cooperative based on the Gandhian philosophy, has been in the forefront of agitations against attempts made to dilute protections given to the handloom sector. He spoke to The Hindu on what ails the sector. Excerpts:

What do you think has gone wrong with handlooms and khadi in India?

Whatever we have done in post-Independence India towards handloom and khadi is essentially a flawed strategy. We are trying to teach handmaking production or skill to someone who has been doing it for the last 5,000 years. The problem is with augmenting production to a viability scale. Villages lack systems of inventory making, administering a cooperative society, marketing, among others. The focus should have been on that.

A market should have been created for handmade products by providing a branded and specialised market. If it is possible to market rural milk production as an international brand like Amul, it is possible for handloom too.

There is a handloom mark for branding …

The handloom mark is a scam. You can buy it and stick it on whatever product you have. They (enforcement authorities) have no way of checking the entire value chain. A branded market on the lines of how organic products are being marketed would assure people that it is an original handloom product.

Why is the condition of weavers still poor despite government efforts?

Do not make a weaver a beggar. He/she has great skills. All the freebies supposedly given to a weaver should not be given because you are destroying the will and confidence of the weaver. You are destroying the difference between a good weaver and a bad weaver. He has always survived in the market by selling his product directly. Instead, the government should subsidise the product because it is being seen as expensive now.

What can be done for weavers in Karnataka?

For five years now, I have been advocating creating a branded wholesale market place for handlooms, somewhere near Badami or Banashankari (in Bagalkot district), where there is the biggest concentration of handloom weavers. Only when they taste success will they understand the importance and not allow spurious stuff into the market.

What is the way forward?

We should now get ready to radically rethink the developmental mindset that is excessively machine-driven and market-driven.

Survey of dragonflies hints at impact of floods

Acting on a complaint filed by the Congress against Madhya Pradesh Leader of Opposition Gopal Bhargava saying the Congress candidate for the Jhabua by-election represented Pakistan, the Election Commission of India (ECI) has advised Mr. Bhargava to be “more careful in future”, according to the order dated on Monday and published on Wednesday.  The ECI’s […]

Bharatiya Janata Party State president B.S. Yeddyurappa on Sunday said Congress leader and former Minister A. Manju was interested in joining the BJP and contesting the Lok Sabha elections from Hassan. “Mr. Manju has met me two or three times and expressed his desire to join us. We, however, have not taken a final decision […]