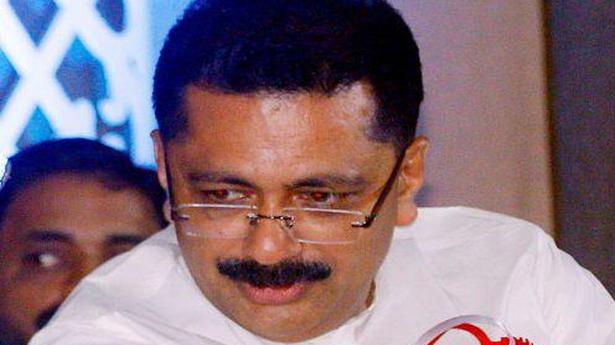 The Customs has summoned Kerala Higher Education Minister K.T. Jaleel to appear before it as part of its investigation into the alleged violation in accepting consignments of Holy Quran imported by UAE consulate officials in Thiruvananthapuram for personal use through diplomatic channel.

According to official sources, the Customs has served notice to Mr. Jaleel to appear in its office in Kochi on November 9.

The sources said besides the issue of import of Quran, the agency will seek clarification from the Minister on other matters under its investigation.

They, however, did not elaborate.

Mr. Jaleel was earlier questioned by the NIA probing the terror angle in the gold smuggling case.

He was also questioned by the Enforcement Directorate (ED) in connection with the alleged violation of the Foreign Contribution Regulation Act (FCRA) in accepting consignments of Holy Quran brought from UAE through diplomatic channels.

The Customs department has registered two cases in connection with allegedly accepting consignments of the Holy Quran and thousands of kilograms of dates imported by the UAE consulate officials for their personal use through diplomatic channels.

It has launched a probe into the role of “some powerful persons” who allegedly violated the laws.

Customs officials have said the State government had accepted 18,000 kg of dates imported by the UAE consulate officials in Thiruvananthapuram in 2017 for their personal use.

Similarly, consignments of the Holy Quran imported by the UAE consulate were also accepted by the State government officials.

Officials have said there were clear cases of violation of Customs Act as the State government officials accepted those items brought by the diplomats for their personal use by availing tax exemption certificate.

They have said the State government officials very well know that they were forbidden from taking anything from the foreign government.

Two days before elections to the Cooch Behar Lok Sabha seat, the Election Commission of India on Tuesday transferred the Superintendent of Police of the district. Cooch Behar SP Abhishek Gupta was replaced by Amit Kumar Singh, who will be responsible for maintaining law and order during polls in the district on April 11. The […]

The relaxation will be in place till October 20, the last date for nominations in third phase of Bihar polls Source: thehindu.com Related