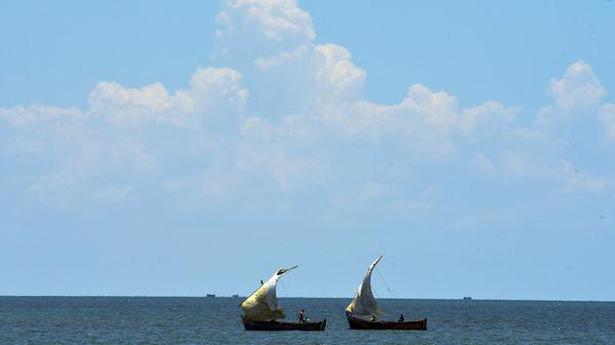 The cyclonic storm ‘Fani’ over southeast Bay of Bengal lay about 1,110 km southeast of Chennai and 1,300 km south-southeast of Machilipatnam in Andhra Pradesh, on Sunday morning.

Thunderstorm accompanied with gusty winds, with wind speeds reaching 40 to 50 km/hr and lightning is likely to occur at isolated places in all districts of coastal Andhra Pradesh on Monday and Tuesday. Light to moderate rain or thunder showers is likely at other places over coastal AP during the same period, according to the IMD.

Meanwhile, the Cyclone Warning Centre, Visakhapatnam, has advised fishermen against venturing into the sea along and off coastal AP from April 28. Fishermen already out at sea have been asked to return to immediately.

The Maharashtra Vikas Aghadi government has allotted 51 hectares land in Jalna district to the Sharad Pawar-headed Vasantdada Sugar Institute (VSI), a premier institute for research in sugarcane farming. The move is aimed at boosting research in sugarcane farming for agriculturists in Marathwada and Vidarbha regions. “The land in Patharwala village of Ambad taluka in […]

News Analysis: Will the Ravidas temple agitation have political impact?

A day after the protest by Dalits against the demolition of a Ravidas Temple in Delhi’s Tughlakabad turned violent, Bahujan Samaj Party (BSP) chief Mayawati on Thursday said such incidents were uncalled for and asserted that her party had nothing to do with the damage to public property. “The BSP always honours the Constitution and […]

The government has decided to steeply enhance the fine for illegal river sand-mining from ₹25,000 to ₹5,00,000. A Cabinet meeting here on Wednesday resolved to suitably amend the Kerala Protection of River Banks and Regulation of Removal of Sand Act. The meeting ratified the draft Bill for the purpose. The fine for continued offence will […]