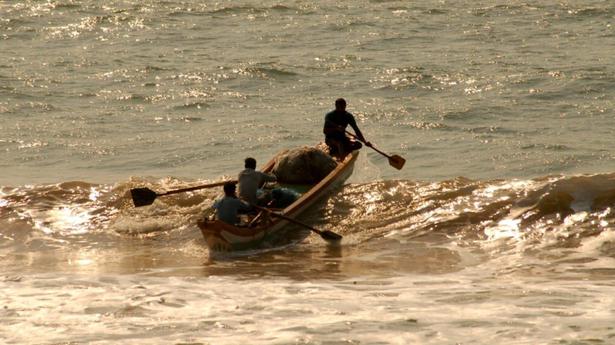 The National Disaster Response Force (NDRF) and the Indian Coast Guard have been put on high alert and fishermen asked not to venture into the sea as cyclone ‘Fani’ is expected to intensify into a very severe storm by Tuesday, the Home Ministry said on Monday.

The cyclonic storm ‘Fani’, on Monday morning, was located at 880 km of South-East of Chennai and it will continue to move North-West and change its path to North-East from Wednesday.

The cyclone is expected to intensify into a very severe cyclonic storm by Tuesday, a home ministry statement said.

According to the India Meteorological Department (IMD), its landfall over Tamil Nadu and Andhra Pradesh is ruled out. However, the possibility of landfall in Odisha is under continuous watch.

The NDRF and the Indian Coast Guard have been put on high alert and placed at the disposal of the state governments concerned. Regular warnings have been issued since April 25 to fishermen not to venture into the sea and asking those at sea to return to coast, it said.

Prime Minister Narendra Modi is closely monitoring the situation, the IMD said. He has directed Cabinet Secretary P.K. Sinha to convene a meeting of the National Crisis Management Committee (NCMC) to take stock of the situation with the state governments, central ministries and other agencies concerned to ensure necessary preparations to deal with the situation.

The IMD has been issuing three hourly bulletins with latest forecast to all the states concerned and the home ministry is also in continuous touch with the state governments and the central agencies concerned, the statement said.

General Election 2019 live | In Palakkad, stage set for a fight between three friends

The Uttar Pradesh police have registered an FIR against four policemen, including a Deputy Superintendent of Police and an inspector, in connection with the alleged custodial torture leading to the death of a 35-year-old man in Pilkhuwa area of Hapur district. Pradeep Tomar, a security guard, died at a Meerut hospital on October 13. His […]

Three hundred and seventy foreign tourists from the U.K. and Russia, who were in Goa for a holiday but left stranded since India went into a lockdown, were flown out in two special relief flights on Wednesday. The relief flights approved by the Indian government saw 249 tourists fly to Manchester, while another 121 left […]