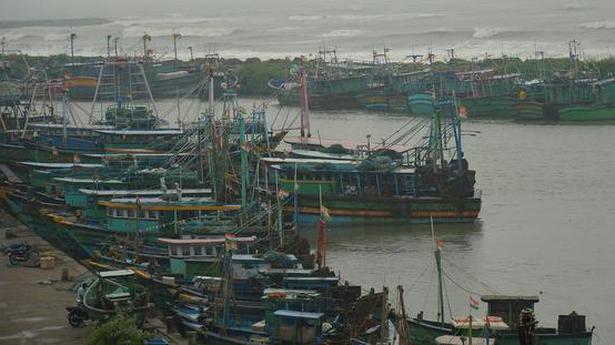 People in delta districts, particularly fishermen along the coastal areas of the region, heaved a sigh of relief at the break of dawn on Thursday as Nivar cyclone was not as intense as feared.

No loss of life has been reported so far, and damage to livestock and physical infrastructure was minimal.

Many spent a sleepless night as heavy rain with strong winds lashed the region when the cyclone made landfall. No one ventured out, particularly during the time of landfall that spanned a few hours.

Many parts of the districts, including Sirkazhi, Kollidam and Vaidheeswarran Kovil, received more than 150 mm of rainfall.

Power cables were snapped at five places in the district. Instances of trees getting uprooted were reported at a few places along the Mayiladuthurai-Kollidam highway.

Nagappattinam Collector Praveen K. Nair told The Hindu that the uprooted trees were cleared immediately. As a precautionary measure, power supply had been disconnected in a few areas. Teams of Tamil Nadu Generation and Distribution Corporation had been sent to the affected areas.

The Collector said that there was no report of loss of life in any part of the district. More than 45,000 people were sheltered at cyclone relief centres. It helped in preventing loss of life, he said.

Water logging in paddy fields was reported at a few places, Mr. Nair said, adding that Agricultural Department officials had been instructed to survey such tracts.

No time for leniency

Rajasthan Ashok Gehlot As soon as Rajasthan reported its first case on March 2, Chief Minister Ashok Gehlot chalked out a strategy to contain the spread of COVID-19 and formulated a cluster containment plan. The plan was devised to contain the disease within a defined geographic area by early detection, breaking the chain of transmission […]

Once again hinting at efforts to install the Bharatiya Janata Party (BJP) government in the State after the announcement of Lok Sabha election results on May 23, BJP State unit president B.S. Yeddyurappa said that his party would register a landslide victory nationwide in the Lok Sabha elections and these results would impact the political […]