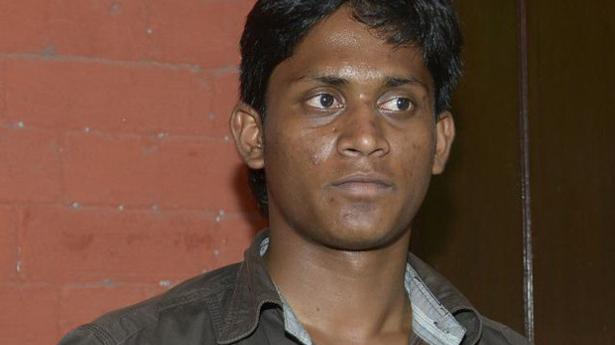 The Justice S.R. Singaravelu Commission of Inquiry has concluded that Dalit youth E. Elavarasan committed suicide by throwing himself before a train in Dharmapuri on July 4, 2013.

The commission was constituted the same year by the then CM Jayalalithaa after Dalit activists and rights groups claimed that it was a case of honour killing. It was asked to probe the cause of death of Elavarasan, whose marriage to Divya, a girl from the Vanniyar community, led to caste clashes in Dharmapuri.

The commission submitted its report to the government on August 21, 2018, but it is yet to be made public. Frontline published an exclusive, based on a portion of the report, on its website on Saturday. In its report, the commission concurred with the CB-CID and police that the Dalit youth had committed suicide because of severe depression.

“It is clear from my investigations that Elavarasan had committed suicide as his wife Divya left him,” Justice Singaravelu said.

The Dalit youth was found dead on the tracks in Dharmapuri, a day after Divya told the Madras High Court that she wished to go back to her family.

Based on two post-mortem reports, forensic reports and the suicide letter written by Elavarasan, besides circumstantial evidence, the commission came to the conclusion that it was a clear case of suicide.

The two post-mortem reports, one from doctors of Dharmapuri Government Medical College (on July 5) and another from the All India Institute of Medical Sciences, New Delhi (on July 13), confirmed that the death was due to the injuries suffered when Elavarasan fell before a running train. Both teams also recorded that there were no ante-mortem injuries on his body, the commission pointed out.

Moreover, an analysis of the internal organs at the forensic laboratory in Salem revealed that they contained traces of “ethyl alcohol”, suggesting that Elavarasan was inebriated at the time of his death. The report also stated that there were no traces of toxic substances, ruling out poisoning.

The four-page suicide note found at the scene of death was sent to the T.N. Forensic Science Laboratory in Chennai, which confirmed that the handwriting matched Elavarasan’s “admitted handwriting”.

In the letter, he had written: “No one is responsible for my death. It is my decision. My last wish is that Divya should come and see me after my death. If she comes, no one should scold her. Please, don’t get angry with her. I love her so much. I don’t want her to suffer because of me. She should lead a happy life. I love you so much Divya.”

Quoting this part of the letter written in Tamil verbatim, the commission emphasised that it was a clear case of suicide. Detailing the events leading to Divya telling the court that she wanted to live with her parents, the commission pointed out that Elavarasan had, on an earlier occasion, slashed his wrists on June 7, 2013, but was saved by his parents then.

From the time Elavarasan came back from Chennai, he was depressed which was revealed by the statements of his friends Barathi, Karthik and Manoj Kumar. During the police inquiry, it was found that his watch stopped at 13.20 and a report of railway officials showed that the Kurla Express passed the scene of death at the same time. This also made it clear that he died by jumping before the train, the commission said.

The commission appreciated the efforts of the then Dharmapuri SP, Asra Garg, and his team for the way they handled the case and the caste clashes.

The Lord Ayyappa Temple at Sabarimala was opened on Saturday for the annual Chithira Aattathirunal festival to be celebrated on Sunday. The head priest (melsanthi) opened the sanctum sanctorum in the presence of the chief priest (tantri) at 5 p.m. and it was kept open till 10 p.m. facilitating holy darshan. The rituals at the […]

The Idol Wing CID has traced a bronze idol of Thirumangai Azhvar, which went missing from a temple in Kumbakonam 60 years ago, to a museum in London. Abhay Kumar Singh, Additional Director General of Police (ADGP), Idol Wing CID, told The Hindu, “The idol has been missing from the Soundararajaperumal temple in Sundaraperumalkovil village […]

Nagaland’s Deputy Chief Minister Yanthungo Patton has defended the government’s decision to compile a register of indigenous Naga inhabitants, arguing that it will help to safeguard the State from outsiders. Mr. Patton, who also holds the Home portfolio, told The Hindu, “The Register of Indigenous Inhabitants of Nagaland (RIIN) may take more time; we are […]