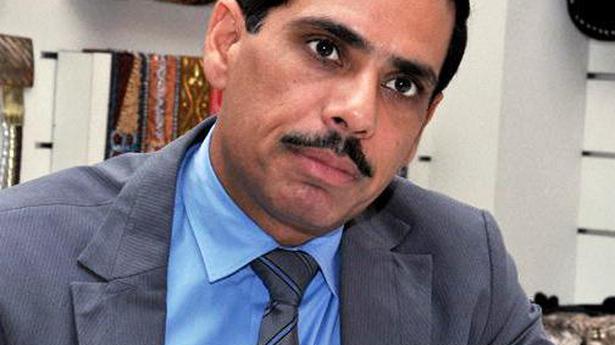 A Delhi court on Thursday reserved order on Robert Vadra’s anticipatory bail plea for April 1 and extended his interim protection from arrest till then in a money laundering case.

Mr. Vadra, facing allegations of money laundering in purchase of a London-based property at 12, Bryanston Square worth 1.9 million pounds, was granted interim protection from arrest by the court till March 27.

Senior advocate K.T.S. Tulsi, appearing for Mr. Vadra, had denied all allegations against him and said that he has not misused the liberty granted to him by the court.

A former forest officer’s collection of stamps on the Buddha and socio-religious and cultural aspects Buddhism has been selected ahead of Buddha Jayanti for a philatelic and numismatic exhibition in Sydney, Australia, in June. M. Lokeswara Rao, Nagaland’s former Principal Chief Conservator of Forest, has been collecting stamps with the focus on nature. This made […]

Three railway hospitals on South Western Railway (SWR) Zone are now ready for treatment of COVID-19 positive patients and a swab sample collection facility has also been commissioned at the Railway Central Hospital here from Monday. According to a press release issued by the chief public relations officer of SWR, separate clinics have been established […]

The Supreme Court on October 23 refused to set up a special Bench to urgently hear the pending petition of Goa government seeking resumption of construction of a greenfield airport at Mopa in the State. A Bench comprising Chief Justice Ranjan Gogoi and Justices S.A. Bobde and S.A. Nazeer was told by Attorney General K.K. […]