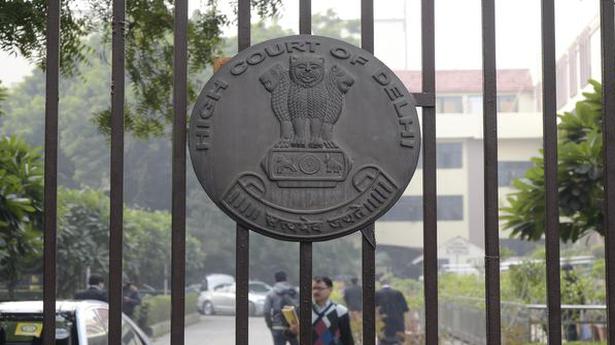 The Delhi High Court on Thursday sought a response from Special Investigation Team (SIT) on a plea by convict Naresh Sehrawat. He was awarded a life-term in 1984 anti-Sikh riots case. The Court asked the jail superintendent to give a report on the convict’s medical condition. It also asked the SIT and the State to respond to the convict’s plea in which he claimed that his liver was 90% damaged and sought interim suspension of the sentence.

The SIT has been asked to verify the documents given by Sehrawat in support of his medical condition. The Court listed the matter for further hearing on May 1.

A trial court had awarded life-term to Sehrawat in a case related to the killing of two men in New Delhi during the 1984 riots.

It had also awarded capital punishment to co-convict Yashpal Singh in the case. The appeals of both the convicts, against their conviction and sentence by the trial court as well as the death reference of Yashpal, are pending in the High Court.

The Court had earlier issued notice to Yashpal on the reference to confirm his death sentence. The Delhi Police had closed the case in 1994 for want of evidence, but it was reopened by the SIT. The SIT is investigating nearly 60 cases related to the riots, while it has filed “untraced report” in 52 cases. While this was the first death penalty after the SIT was formed, one Kishori was earlier given the death penalty by a trial court in as many as seven anti-Sikh riots cases. However, the Delhi High Court confirmed death penalty only in three cases, which were later commuted to life-term by the Apex Court. As per the Code of Criminal Procedure (CrPC), the death penalty cannot be executed unless confirmed by the High Court.

The trial court had awarded varying jail terms to the convicts and imposed fines for offences including attempt to murder, dacoity and attacking victims by dangerous weapons. It had spared convict Sehrawat the gallows on medical grounds.

The trial court had convicted Yashpal and Sehrawat for killing Hardev Singh and Avtar Singh in Mahipalpur area of South Delhi on November 1, 1984 during the riots that had taken place after the assassination of then Prime Minister Indira Gandhi at her residence by two Sikh bodyguards a day before.

The case was lodged on a complaint by victim Hardev’s brother Santokh Singh.

The trial court had held both the accused guilty for the offences of murder, attempt to murder, dacoity and voluntarily causing hurt by dangerous weapons or means under the IPC.

A mob of about 500 persons, led by the two convicts, had encircled the house of the victims and had killed them. It was just one of the incidents out of several others Delhi alone witnessed during the riots that saw around 3,000 people being killed.

Of the 650 cases registered in connection with the anti-Sikh riots in Delhi, 267 were closed as untraced by the Delhi Police. Of these 267 cases, five were later taken up by the CBI. The SIT also scrutinised records of 18 cancelled cases.

Rape accused MLA Kuldeep Singh Sengar may have been expelled from the BJP but he found a prominent place along with Prime Minister Narendra Modi in an advertisement by a party leader on the occasion of Independence Day. In the advertisement that appeared in the local edition of a leading daily, Ungu Nagar Panchayat chairman […]

A passenger bogie parked in a siding in Adilabad railway station was burnt in a fire incident in the small hours of Friday. According to Station Superintendent Dhaneshwar. B the bogie was one of the 10 spare ones standing idle, and the reason for the fire was not known. Cause unknown The Station Superintendent told […]

A white tiger dies in Nandankanan

A month after back-to-back death of elephants in the Nandankanan Zoological Park (NZP), a white tiger died on Tuesday. The tiger Subhranshu was suffering from blood protozoan disease and under intensive care and treatment of the zoo veterinarians for the last one month. “Preliminary postmortem findings reveal that it is due to haemorrhagic enteritis, hepatitis, […]