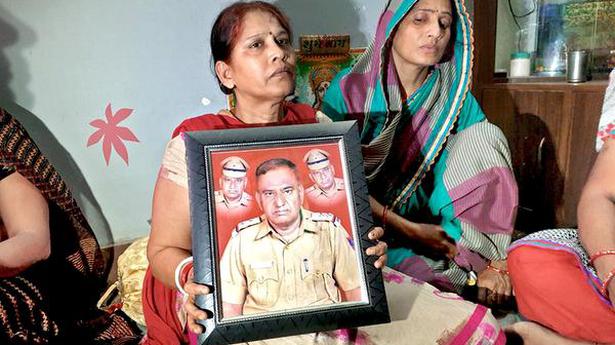 A 58-year-old Delhi Police sub-inspector died after he was allegedly attacked by a bootlegger in the Vivek Vihar area of Shahdara district on Sunday night.

The sub-inspector, Raj Kumar, was reportedly filming illegal liquor trade on his mobile phone when the accused, Vijay alias Bhuri, assaulted him following an argument. The accused has been arrested.

Police said a PCR call was received at 10.06 p.m. regarding a quarrel at Kasturba Nagar in Vivek Vihar. Both Kumar and Vijay lived in the same area.

“Kumar, out on a post-dinner walk, saw Vijay illegally supplying liquor to a person. He started filming the act on his mobile phone,” said a police officer. Vijay saw Kumar recording the video and asked for his mobile phone. “Kumar refused and this led to a scuffle between them,” the officer said.

Kumar felt uneasy after reaching home and left for Garg Hospital nearby with his daughter on his two-wheeler, said the officer. The hospital authorities referred him to Max Hospital in Patparganj instead. Kumar was declared dead on arrival at the second hospital.

Meghna Yadav, DCP (Shahdara), said that an examination of the body prima facie revealed “a cut injury below the chin and a blunt injury mark on the chest”. The preliminary post-mortem report suggested that he died of a heart attack; a detailed report is awaited, she said.

“We have registered a case under IPC Section 302. The accused has been arrested,” she said.

Work on modern bus station in Khammam to pick up soon

After facing initial hiccups due to lack of proper coordination, work on the “ultra modern” new bus station, proposed at an estimated cost of ₹ 25 crore in a sprawling 7.5-acre NSP land close to the bypass in the town, is all set to pick up pace. The most sought after new bus station, which […]

Seven persons were killed and more than 40 were seriously injured when a passenger bus fell into a water-filled ditch near Palukhola at Taptapani ghat road under Patapur police station limits of Odisha’s Ganjam district early on Wednesday. The bus, carrying 50 passengers including women and children, was travelling to Berhampur from Tikri in Rayagada […]