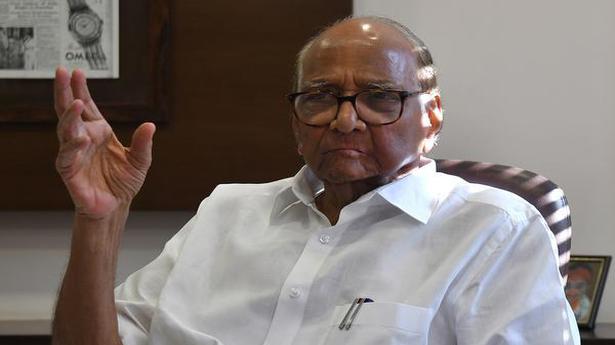 The Congress on Wednesday attacked the BJP-led Central government over the Naxal attack and said that despite its “tall talk” no lessons from Pulwama have been learnt.

Senior Congress leader Ahmed Patel said the country needs preventive action, accountability for this failure and not ‘jumlas’ (rhetoric) and lectures. “We condemn the brutal terror attack on our jawans in Maharashtra. India stands firmly behind their families, well wishers & friends in this hour of grief,” Mr. Patel tweeted. Chief spokesperson of Congress Randeep Surjewala, tweeted, “Strongly condemn the attack on C-60 Commandos in Gadchiroli. My condolences. Their sacrifice would not go in vain.”

Meanwhile, Nationalist Congress Party president Sharad Pawar demanded the resignation of Maharashtra Chief Minister Devendra Fadnavis following the IED blast by Naxals in Gadchiroli in which 15 policemen and a civilian lost their lives.

Mr. Fadnavis holds the Home portfolio and “he should step down immediately”, Mr. Pawar tweeted.

“Those who feel shame of conscience if not shame of public opinion would have resigned. But the people who are in power today are not going to do so,” Mr. Pawar added.

Prime Minister Narendra Modi condemned the attack saying perpetrators of such violence will not be spared. He tweeted, “Strongly condemn the despicable attack on our security personnel in Gadchiroli, Maharashtra. I salute all the brave personnel. Their sacrifices will never be forgotten.”

Meanwhile, Union Minister of State for Home Hansraj Ahir said the government will ensure that such incidents do not recur. Mr. Ahir is the MP from Chandrapur which borders Gadchiroli in eastern Maharashtra.

“We have yet to get complete information about the incident. “We will definitely give a befitting reply,” the Minister said.

The Indian Council of Medical Research (ICMR) on Thursday said the country has maintained a steady rate of COVID-19 positive cases — 3% to 5% over the past month and half — and has registered no significant increase in this trend so far. The country currently has 5,865 confirmed cases and 169 deaths. This includes […]

The National Disaster Response Force (NDRF) will be part of the control rooms being opened in the States, at the order of the Union Home Ministry, to oversee the 21-day lockdown. Each of the 12 NDRF battalions has been divided into 84 response teams that have been put on standby. “All the battalions are on […]

“If Pakistan behaves well, india’s hand is extended and open,” said former foreign secretary S. Jaishankar, responding to a question after a lecture in July last year. Jaishankar is now India’s foreign minister. It would suffice to say that what he said then continues to be India’s present policy under the Narendra Modi government 2.0. […]