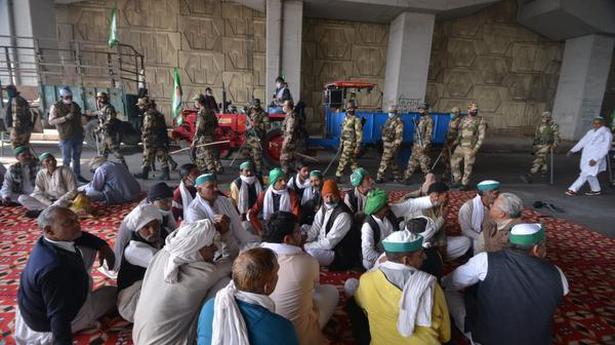 Niti Aayog Member (Agriculture) Ramesh Chand has said protesting farmers have not fully or properly understood the new farm laws, asserting that these legislations have potential to increase farm income in a big way.

He further said that the motive of the three new farm laws is exactly the opposite of what the protesting farmers have understood.

In an interview to PTI, Mr Chand said, “The way, I am reading these farmers, who are protesting, it looks like that they have not fully or properly understood these three laws.

“If these new farm laws are allowed to be implemented, there are very high chances of big increase in income of the farmers and in many States, it may even double,” he said while replying to a question on whether the government is still confident of doubling farm income by 2022.

The Narendra Modi-led NDA government has set a target of doubling farmers’ income by 2022.

Elaborating further on farmer contentions, the Niti Aayog member said protesting farmers are saying that the Essential Commodities Act (ECA) has been removed and full freedom has been given to stockists, black marketers, etc.

“If you look at what actually has been done is, there is a modification done in the Essential Commodity Act. According to that modification, a criterion has been laid when Essential Commodities Act can be imposed, and that is if there is a 50 per cent increase in prices of cereals, oil seeds and pulses, then it can be imposed,” Mr Chand explained.

“Or if there is 100% increase of price of onion and potato then Essential Commodities Act can be imposed,” he added.

Citing an example, the Niti Aayog member said that on October 23, the Centre had invoked the Act when onion prices were rising.

It was required, he said adding States were told to put stock limit.

“Corporate farming is not allowed in any States in India… and contract farming is already happening in many states and not even a single incidence has come where land of farmers has been taken over by private companies,” Mr Chand said.

The Niti Aayog member asserted that the new Farmers (Empowerment and Protection) Agreement of Price Assurance and Farm Services Act has been tilted in favour of farmers.

To a question on farm sector growth, Mr Chand said,” In this fiscal year (2020-21), I expect the growth of agriculture to be slightly more than 3.5%.”

Agriculture and allied sector’s growth stood at 3.7% during the 2019-20 fiscal year.

On frequent ban on exports of onions, he said whenever prices go beyond a band, the government intervenes and it happens everywhere in India, the US and the UK.

“We can’t allow onion prices to go to ₹100 that too when farmers are not selling onions. 60-70% of onions reach market in the month of April and May and it does not reach market at this time,” he said.

Mr Chand argued it is not that by imposing ban on exports the government is doing something terribly wrong against the producers.

“It is done only in a particular situation, never in normal situation,” he explained.

Thousands of farmers, mainly from Punjab and Haryana, have been protesting against the three new laws. They say the intention of these laws is to dismantle the minimum support price system.

Intolerance can damage our polity: Manmohan