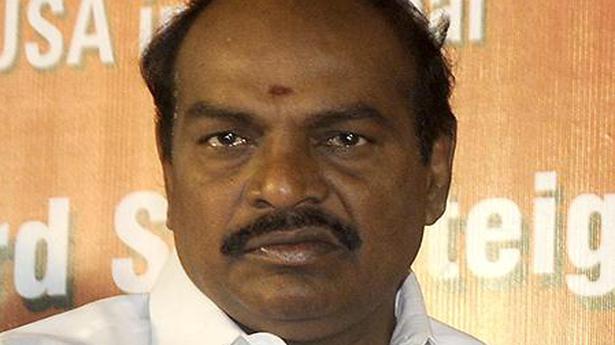 A Singapore-based company in which stakes are held by the family members of former Union Minister of State S. Jagathrakshakan of the DMK has been linked to a record foreign direct investment of $3.85 billion in an oil refinery in Sri Lanka.

However, the recent announcement by Sri Lanka’s Board of Investment (BOI) on the record deal has run into a controversy after Oman, which the Board said was an investor along with the Singapore company, on Wednesday denied being part of the deal.

The Singapore company, Silver Park International Pte Ltd, is putting 70% of the share capital — a total of $1887 million — in the project running into billions of dollars. The remaining, nearly $ 2,000 million, is to be raised as loan capital, sources said.

Silver Park International, named by the BOI, is registered with Singapore’s national regulator Accounting and Corporate Regulatory Authority (ACRA), with three of its four directors — Jegath Rakshagan Sundeep Anand, Jagathrakshakan Sri Nisha and Jagathrakshakan Anusuya – listed with a Chennai address. They are the son, daughter and wife of Mr. Jagathrakshakan, who is the DMK’s Arakonam Lok Sabha candidate. “We are aware of the Singapore company’s links to an Indian business interest. The agreement has been signed by one Mr. Jagathrakshakan,” a senior government source in Colombo told The Hindu, requesting anonymity.

However, the BOI has made no official mention of the involvement of an Indian business interest so far, provoking intrigue over the actual source of investment and the investors’ experience in the oil industry, especially after Oman backing out. The FDI was made known on Tuesday, when the BOI told a press conference in Colombo that an overseas joint venture had committed $3.85 billion to a new oil refinery — the single largest foreign investment in the country’s history — in the industrial zone coming up at Hambantota, in the Southern Province.

The industrial zone adjoins the Hambantota port, which in 2017 was leased to a Chinese state-owned enterprise for 99 years, even as Colombo struggled to service a loan from Beijing.

The Board said construction work on a refinery and storage facility, jointly financed by Oman’s Ministry of Oil and Gas and a Singapore-registered company, was about to begin soon. However, on Wednesday, Oman’s oil ministry denied being part of the project, Reuters reported, prompting a clarification from the BOI. Apparently backtracking from its announcement made at Tuesday’s media conference, the BOI said that it was “aware that there is no agreement that has been signed between Oman’s Ministry of Oil and Gas and Silver Park International with regard to equity arrangements of the project.”

It added that Oman Oil Company had “registered their firm intention to participate in equity up to 30%, subject to reaching an agreement between the parties”.

The investor, Silver Park International, has conveyed to the Board of Investment their full confidence in implementing the project, the statement said. Mr. Jagathrakshagan and his family were not reachable for comment.

The Ministry of Home Affairs (MHA) was allocated ₹1,67,250 crore for fiscal 2020-21 when compared with ₹1,19,025 crore allocated in the previous year. The major jump in the Budget for the MHA is due to the setting aside of a separate fund for the newly created Union Territories of Jammu and Kashmir (J&K) and Ladakh. […]

Social activist and leader of the National Alliance of People’s Movements (NAPM) Medha Patkar on Saturday urged the Tamil Nadu government to respond to non-violent protests against the implementation of “projects of destruction” such as hydrocarbon exploration through dialogue. The people of Tamil Nadu, who had given an “anti-incumbency vote” in the recent election, were […]