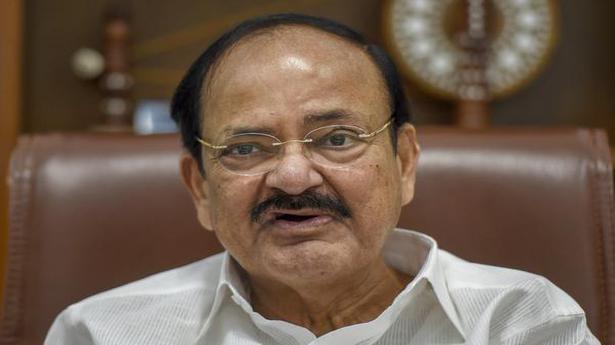 The DNA Technology Regulation Bill, which seeks to control the use of DNA technology for establishing the identity of a person, has been referred to a parliamentary standing committee for examination, the Lok Sabha secretariat has said.

The Bill that seeks to control the use and application of the deoxyribonucleic acid (DNA) technology for establishing the identity of certain categories of persons, including offenders, victims, suspects and undertrials, was passed by the Lok Sabha in July.

The Bill has been referred to the Parliamentary Standing Committee on Science and Technology, Environment and Forests by Rajya Sabha Chairman M. Venkaiah Naidu.

“Members are informed that the Chairman, Rajya Sabha in consultation with the Speaker, Lok Sabha has referred the DNA Technology (Use and Application) Regulation Bill, 2019, as introduced in Lok Sabha, to the Standing Committee on Science and Technology, Environment and Forests for examination and report within three months,” the Lok Sabha Secretariat said in a bulletin on Friday.

The Chairman of the committee, Congress leader Jairam Ramesh, has invited suggestions from the public on the Bill.

A similar bill was passed in the Lok Sabha in January last year but it could not be cleared in the Rajya Sabha. The Bill had then lapsed with the dissolution of the previous Lok Sabha.

With just over a week to go for the Delhi Assembly elections on February 8, the Election Commission of India on Friday reviewed preparations, including the law and order situation in the capital, for polling day and appointed two special observers. The ECI held a meeting with the Delhi Chief Electoral Officer, State government and […]

Manmohan Singh continues to have Z plus security: MHA

Ministry of Home Affairs (MHA) said on Monday that former Prime Minister Manmohan Singh continued to have Z plus security, a day after The Hindu reported that the Special Protection Group (SPG) would be withdrawn from his security detail shortly. Reacting to the news report, an MHA spokesperson said, “The current security cover review is […]