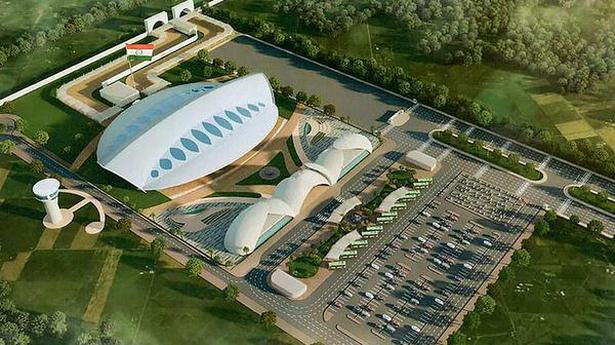 India is likely to urge Pakistan to not use the Kartarpur shrine for propaganda about the Khalistan issue, sources said in New Delhi on Wednesday. The issue is part of the security concerns that is being considered by the Indian side as paramount topic for the bilateral talks that will be held in Attari on Thursday.

“We would like to see that Pakistan doesn’t use the presence of pilgrims from India in Kartarpur shrine for propaganda purposes on the Khalistan issue,” said a source aware of India’s plans for Thursday’s talks that will finalise the details of the religious corridor project on the ground.

India has acquired 50 acre of land for the facility for the pilgrims and the facility will be built in “Khanda” style, which represents oneness of the humanity.

The talks between Indian and Pakistani delegations will deliberate upon the necessity of passport and visa-related issues. The Indian position, sources said is one of making the holy shrine available to “optimal” number of people. “We are looking for visa free travel facilities for 5,000 Indian pilgrims in the first phase itself,” said a source elaborating on the Indian position for the talks.

The talks will also include discussion over mismatch between the alignment os Indian and Pakistan plans that will also feature in the talks. The facility that India will build on the Indian side of the project will include 54 immigration counters for processing the paper works necessary for the visit to the Gurdwara, which is one of the holiest shrines associated with Sikh religion.

Analysis: DMK-Congress swift patch-up demonstrates pragmatism on the part of both parties

The swiftness displayed by the leadership of the Dravida Munnetra Kazhagam (DMK) and the Congress in thrashing out their differences over sharing posts for rural local bodies (RLBs) demonstrates pragmatism on the part of both parties. While the DMK would not like to get distracted from its primary objective of returning to power in the […]

Darshan to devotees will be given top priority during the annual ‘Chandanotsavam’ of Sri Varaha Lakshmi Narasimha Swamy on May 7 and VIP and VVIPs will be given time slots to which they should adhere to, District Collector K. Bhaskar has said. He reviewed the arrangements being made for the utsav atop the hill, including […]