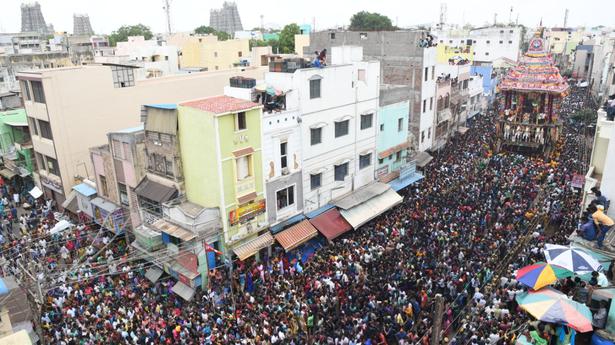 The Election Commission (EC) on Thursday informed the Madurai Bench of the Madras High Court that the April 18 polling date could not be changed, and said it would conduct the elections in the State as scheduled, though the date coincided with the Chithirai festival.

Consequently, a Division Bench of Justices N. Kirubakaran and S.S. Sundar, hearing a public interest litigation petition seeking a change in polling date, directed the EC to file a detailed affidavit on Friday explaining how the polling would be managed on April 18.

The court asked, “You can conduct the polls, but will there be good turnout?” The EC counsel said a detailed reply would be filed on Friday.

The Mind Matters: How Tamil Nadu is coping with high prevalence of mental illnesses

It is more than two years since Akila*, in her early 50s, had a visitor from home. She remembers being unwell and uncared for, going without food, sleep and a bath for days, and developing a fear of water. As her symptoms worsened, her son left her at the Institute of Mental Health (IMH) in […]

Although work in government offices not engaged in essential services has come to a standstill, their pay and accounts divisions are functioning to ensure that the employees get salaries on time. “The pending salaries of contractual workers are also being cleared by supervisory officers on a priority basis,” said an official in the Income Tax […]

The panel was set up by Chief Minister Y.S. Jagan Mohan Reddy to find out the causes of the incident that claimed at least 12 lives and hospitalised about 500 people on May 7. Source: thehindu.com Related