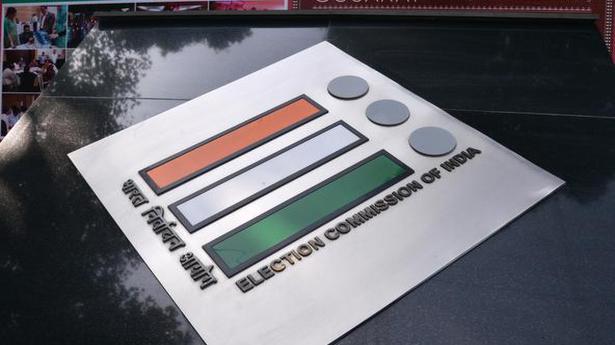 The Election Commission on Saturday barred political parties from releasing election manifestos in the last 48 hours before polling.

The commission has now made the release of election manifestos a part of the Model Code of Conduct (MCC), which is a set of rules to be followed by parties after elections are announced.

The amended model code now states, “In case of single phase election, manifesto shall not be released during the prohibitory period, as prescribed under Section 126 of the Representation of the People Act 1951.

“In case of multi-phase elections, manifesto shall not be released during the prohibitory periods, as prescribed under Section 126 of the RP Act of all the phases of those elections.”

Section 126 of the act embodies “election silence”, which prohibits any form of election campaign in the last 48 hours leading up to voting.

As of now there was no rule on timing of release of manifestos.

In 2014, the BJP had released its Lok Sabha manifesto on the day of voting in the first phase. Although the Congress had complained to the EC, stating this would influence voters, the commission was unable to act since the MCC is silent on the timing of the manifesto’s release.

A panel formed by the EC had recently recommended that parties be barred from releasing manifesto in the last 72 hours before polling.

While several parties were silent on the issue, the Congress had opposed the proposal.

Since model code is not a law, any violation leads to a reprimand by the EC.

The three best police stations in the country are in Rajasthan, Andaman and Nicobar Islands and West Bengal, an internal survey of Union Home Ministry has found. Kalu police station in Rajasthan’s Bikaner district ranked 1 as it had all facilities such as a women’s help desk, drinking water facilities and is Wi-Fi enabled. The […]

The Rajasthan High Court on Tuesday quashed a first information report registered against Twitter CEO Jack Dorsey and film critic Anna M.M. Vetticad in 2018 for posting a picture on social media in which Mr. Dorsey, accompanied by some journalists, was shown holding a banner stating “Smash Brahminical Patriarchy”. Rajkumar Sharma, a resident of Jodhpur, […]