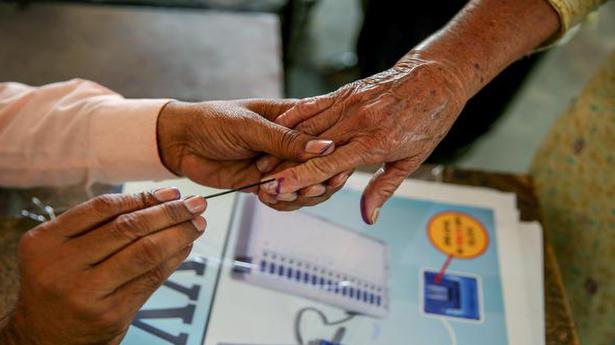 The 2019 Lok Sabha election, which concluded in May, saw 67.4% turnout. A total of 60,43,57,242 valid votes were polled on electronic voting machines (EVMs) and 2,196 votes were not retrieved from the EVMs, according to data released by the Election Commission on Friday.

Of the 8,026 candidates, 6,897 forfeited their deposits, with 345 of them belonging to the Bahujan Samaj Party, the national party with the highest number of forfeitures. The BJP, which won 303 seats, had 51 candidates who lost their deposits, while the Congress had 148.

In the 2019 election, the highest ever number of women were elected to the Lok Sabha, with 78 of the 724 candidates winning and 573 forfeiting their deposits.

Its a strange situation of the nearly 1,500 residents of Bahilampur village in Mulugu mandal. Though uncertain about when excatly they have to vacate the village, they are certain they have to leave, and are getting mentally prepared for the eventuality. While some are mulling as to how to lead their new lives as farm […]

With India recording a first-time-ever three-digit rise in the confirmed cases of COVID-19 in the past 24 hours, the Health Ministry on Saturday said that had a lockdown not been imposed, the country would have been staring at least 8,00,000 cases by April 15. The Ministry reported over 7,200 cases on Saturday. The United States surpassed Italy […]

PWD to make maximum use of tech

The Public Works Department (PWD) has asked its field engineers to use modern technologies including shredded plastics, natural rubber modified bitumen (NRMB), geotextiles and soil stabilisation measures in all road works. The directive comes in the wake of a finding that the PWD has not been making ample progress in the use of modern technologies […]