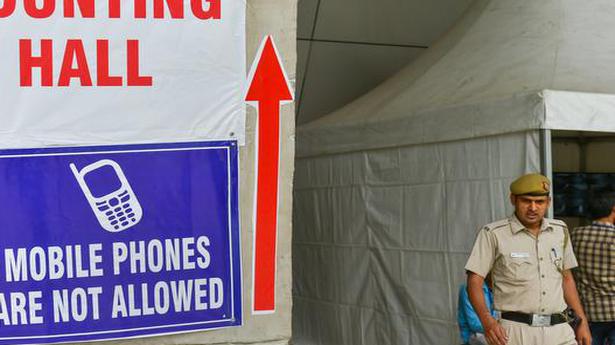 The Election Commission on Wednesday rejected the demand of Opposition parties for tallying of the Voter Verified Paper Audit Trail (VVPAT) slips in five polling booths in each Assembly segment with the electronic voting machines (EVMs) prior to the counting of votes.

Representatives of 22 Opposition parties had met the Commission on Tuesday and raised the demands.

Stating that VVPATs should be counted in five polling booths per Assembly segment before the counting of votes, they had said that in case of any discrepancy is in VVPAT verification, 100% counting of the slips at all polling stations be done in that particular segment.

The Commission took up the matter in his meeting and on Wednesday and after deliberations, decided to reject the demands.

On Tuesday, the Commission failed to give any concrete assurances to 22 Opposition parties who met the poll body demanding that there should be 100% verification of the entire Assembly segment if a mismatch is found during the random check.

With Chief Minister Edappadi K Palaniswami stating that the process of the National Population Register (NPR) will begin in Tamil Nadu in April 2020, the State Platform for Common School System (SPCSS-TN) has urged him to put it on hold and instead, to begin consultations with the people. ​ In a memorandum addressed to the […]