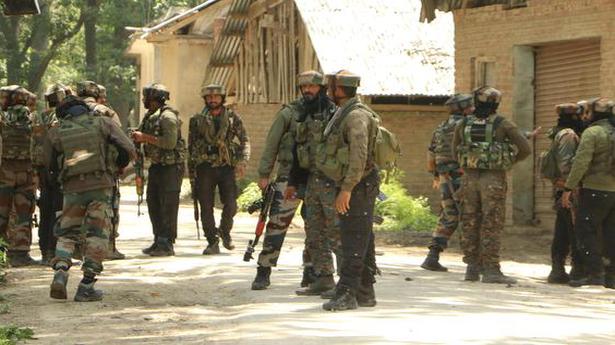 Security forces killed a militant in an encounter in Awantipora town of Pulwama district of Jammu and Kashmir on Tuesday, a police spokesperson said.

He said the gun battle broke out between militants and security forces on the outskirts of Awantipora this morning following a tip about the presence of ultras in the area.

One militant was killed in the encounter, which was still on, the official said.

The identity and group affiliation of the militant was being ascertained.

Dengue prevention works are under way in full swing in Alangayam block of Vellore district on Wednesday. Joint Director (PHC) T.A. Devaparthasarathi and his team of officials carried out checks on the ongoing dengue prevention work at Mullai village in Nimmiyampattu PHC limits. He advised residents to cooperate with heath department officials in clearing unwanted […]

Technology is power and will continue to be so in the foreseeable future, R. Chidambaram, Nuclear Scientist and former Principal Scientific Adviser to Government of India, has said. “Technology domination is sought in the fields as diverse as human genomics and nuclear weapons through mechanisms of Intellectual Property Rights (IPR) and technology control regimes,” said […]