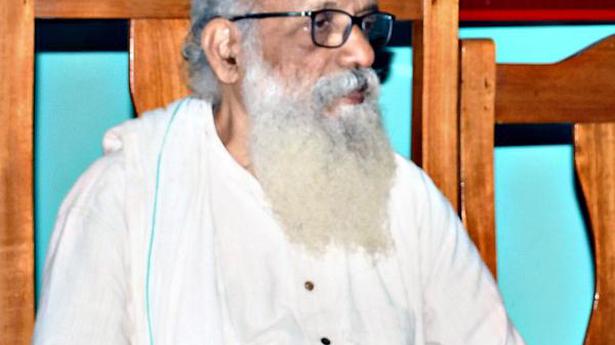 At a press conference here on Saturday, Mr. Prasanna said the government should encourage small industries, which provide more employment. If this sector gets the support, it can generate employment and it is sustainable too. “We have to counter the monster economy and bring sacred economy in its place”, he said.

The theatre person held a hunger protest demanding the government to withdraw taxes for the small industries earlier this month.

Hampanahalli Thimme Gowda, writer and retired professor, said the Sangha would hold a convention on “sacred economy” in Hassan on November 24.

Willing to go 50:50 with Congress in Assembly polls: Ambedkar

Vanchit Bahujan Aghadi (VBA) leader Prakash Ambedkar has offered to fight the Assembly polls together with the Congress and said he was willing to share the seats 50:50. Mr Ambedkar said he had not yet received any calls from the Congress to discuss the possibility. The VBA, along with the All India Majlis-e-Ittehad-ul-Muslimeen (AIMIM), had […]

A “ground-level investigation” by members of the Odisha unit of the Communist Party of India-Marxist (CPI-M) has suggested that hundreds of tribal families in the remote Swabhiman Anchal of Odisha’s Malkangiri district have been left out of food security and other pro-poor government schemes. They are among the worst hit by the continuing lockdown to […]