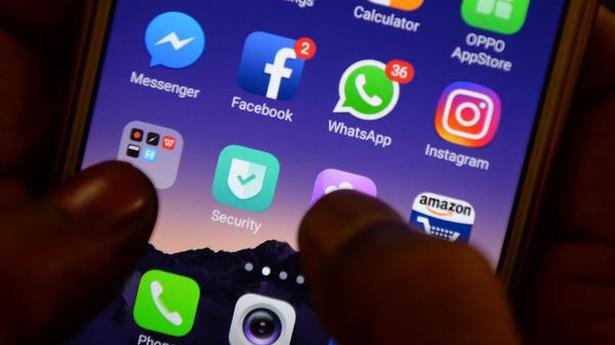 India got help from WhatsApp and Facebook servers in the U.S. to secure conviction in a 2018 Khalistani terror case.

Security agencies have been asked to focus on cases involving Khalistani elements as India seeks to restrict the movement of suspects based in the U.S., the U.K., Canada and Australia involved in the conspiracy.

“The convictions by courts can help us build our case against these pro-Khalistani groups and convince countries to choke their funds and restrict their movement,” said a senior government official.

Security agencies have raised concerns on Pakistan using the yet-to-be-inaugurated Kartarpur corridor to push the Khalistani agenda from across the border.

This week, a Lucknow court convicted five men for plotting to kill former Punjab Deputy CM Sukhbir Singh Badal, whose leadership they believed was responsible for several incidents of desecration of Guru Granth Sahib in the State in 2015. They also held Mr. Badal responsible for the killing of Sikh protesters in police firing in subsequent protests.

One of the convicts Jarman Singh was part of WhatsApp groups that promoted Referendum 2020, an online campaign for Khalistan. The campaign was being advocated by Sikhs for Justice (SFJ), banned by the Home Ministry on July 10. An official said SFJ was being investigated in as many as 11 cases, including one registered by the NIA in January. U.K resident Gurpatwant Singh Pannun, legal adviser of the SFJ, was named in the FIR.

The NIA found that Jarman Singh was “highly motivated and radicalised to the so-called cause of creation of Khalistan.” It filed a chargesheet on April 11 and within three months the trial was completed.

A chargesheet filed by the NIA on April 11 said, “Jarman was in contact with international numbers of Dubai, Australia and Canada. He was a member of a WhatsApp group by the name of Referendum 2020.”

The NIA said the accused “shared motivational songs on Jarnail Singh Bhindranwale, who was killed in Operation Blue Star in 1984.”

“In order to have access to his chats, requests were forwarded to WhatsApp and Facebook Inc. to preserve the contents. In response to a request, Facebook and WhatsApp’s legal division preserved the accounts as well as sent some information for further investigation,” the NIA said.

A delegation of Congress leaders called on former MP C.H. Vijayshankar at the latter’s residence in Mysuru and urged to reconsider his move to return to the BJP fold. The delegation led by former MP R Dhruvanarayan met Mr Vijayshankar on Sunday and sought to remind him that the Congress party had fielded him as […]

Students of Kakatiya Medical College (KMC) here staged a protest on the campus after 180 from third year and 80 from second year were detained for poor attendance. Random list The students demanded revision of the ‘detained’ list, alleging that the head of department (HoD) had submitted it to officials of the Kaloji Narayan Rao […]

A chartered trainer aircraft crashed in Aligarh after one of its wheels got stuck in the high tension wire during landing at Dhanipur airstrip on Tuesday morning. According to police, all six passengers are safe. “VT AVV, a chartered plane which had four engineers and two pilots on board, got stuck in electric wires while […]