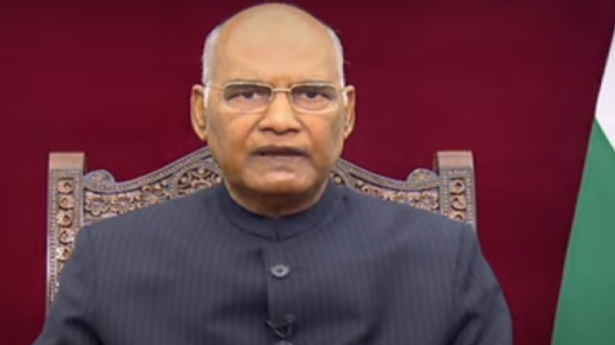 President Ram Nath Kovind, while virtually addressing the valedictory session of the 60th course of National Defence College (NDC) on Friday, said that the policy of expansionism followed by some nations demands a strategic and mature response and decision makers will have to be guided by national as well as international objectives.

Though the President did not name any country, his comments can be interpreted in the backdrop of growing hostility between India and China.

“Decision makers have to be guided by national interests as well as international objectives, both of which should be adaptive and multi-pronged. The policy of expansionism followed by a few nations demands a strategic and matured response globally. It is in this context that the NDC deals with several such challenges and offers its course participants tools to understand the multi-dimensional geostrategic and geopolitical environment for future,” President Kovind said.

Commenting on the significance of the NDC, he said, “The most significant contribution it has been making is aligning India’s Civil Services to the strategic defence thinking. Senior officers from the Civil Services join this course to improve their understanding on national and international security situation.”

President Kovind, in his address, also highlighted the need to fight against terrorism and described it as the “most virulent curse on humanity”.

Deputy Chief Minister K. Narayanaswamy on Saturday said that the plantation drive to increase green cover in the State would be successful only when the planted saplings were protected with care. Earlier drives showed that survival of the plants always remained tough. He was taking part in the 70th Vana Mahotsavam of the Forest Department […]

The family of veteran Congress leader A.B.A. Ghani Khan Choudhury, the minister for railways in the Indira Gandhi cabinet, may live in the same mansion, but when it comes to politics, their loyalties are divided. His niece Mausam Benazir Noor, who defected from the Congress this January, is fighting as a Trinamool Congress candidate from […]