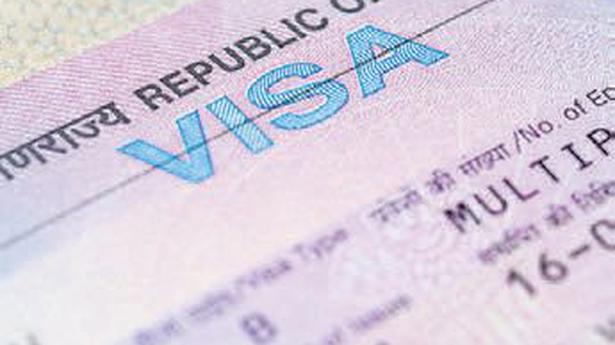 India cancelled all valid e-visas after the outbreak of the novel coronavirus in China in recent weeks, prompting questions about the scheme which is viewed by many as a major facilitating move to help increase travel by foreigners to India. The e-visa system is an innovation introduced by the Narendra Modi government in 2014. The facility was expanded in 2017-2018. The process has its roots in the 2010 Tourist Visa on Arrival (TVOA) scheme for Japan, Singapore, Finland, Luxembourg and New Zealand. This was also expanded later on. The change, however, came after the Modi government merged the TVOA with Electronic Travel Authorisation, thereby creating the e-visa. However, the e-visa has been in news often due to various political and non-political reasons.

1. What is the e-visa system and who all can get the visa?

India extends the facility of e-visa to the citizens of 165 countries around the world. The eligibility criteria for obtaining the e-visa require the applicant to have at least six-month passport validity at the time of applying. However, the facility is not available for the citizens of Pakistan and they are expected to apply for regular visas from the Indian High Commission in Islamabad. China is one of the countries which enjoys the facility as part of bilateral agreement to help promote people to people contact. Foreign nationals can avail of the e-visa for general recreational trip to India or to attend educational courses on music, dance, traditional medicine and yoga not exceeding six months. E-visas are, however, not valid for foreign diplomats which is dealt separately.

2. Is there any difference between e-visas and the regular visa?

The e-visa is a regular visa issued electronically. The e-visa is easy to control unlike the normal visa issued by the diplomatic missions of India. In some cases, a visa might require to be cancelled because of discrepancy in information or for some other controversial issue. The visitor would get to know of the cancellation in such cases only on reaching India or at the immigration counter in her country. An e-visa makes it easy to deal with such travellers avoiding unnecessary risk and office work, as the visa cancellation can be communicated online. During the ongoing coronavirus crisis in China, India cancelled e-visas that were previously issued to Chinese travellers thereby stopping the travellers from leaving Chinese immigration counter. However, in the past there were controversies over e-visas especially when issued to political dissidents like Dolkun Isa of China who received the e-visa yet found it cancelled at the end. The e-visa is also not meant for land crossings into India. For entering India, e-visas can be used in airports and seaports mentioned in the visa website of the Government of India. There are 28 airports in India that serve as entry points for the e-visa holding travellers. Five seaports, Mumbai, Kochi, Mormugao, Chennai and New Mangalore are the designated entry points for e-visa holders.

32 countries around the world grant visa-free entry to ordinary passport holders from India. These include several island nations from the Pacific Ocean region and the Caribbean region. The most liberal among these is Nepal that does not put any limit on the stay of Indians in the country. Maldives has waived visas for ordinary Indian travellers but has a limit of 90 days. The visa free facility is often in news because of reports of human trafficking from India that takes place through island nations located near the U.S. shores. Antigua and Barbados that grant visa-free facility for Indians grabbed headlines after diamond trader and fraudster Mehul Choksi escaped to the country. Antigua allows investors from India to travel visa free to its territory as attracting business persons and investors is part of the island’s policy. Island nations such as Dominican Republic have extended the visa-free facility to Indians for 90 days with the condition that it would be granted only to those with U.S./Shenzhen visa. Grenada and Haiti have waived visas for Indians. Kazakhstan uses this option to maximise air passenger flow to its national carrier and visa-free facility is granted for 72-hours transit for those travelling by Kazakhstan airlines. A key concern here remains how to ensure visa free facility for genuine Indian businessmen and tourists while keeping out illegal immigrants from India and as a result, countries that grant this facility to India often tweak the rules to suit their interest.

4. How many countries have bilateral agreement with India on visa free travel for diplomats and officials?

31 countries around the world have operational visa exemption agreement for Indian diplomats that include major partners such as Japan, France, Italy, Iran, Afghanistan and Germany. 74 countries grant visa exemption facility for Indian diplomats, as well as official/service passports. These include friendly nations such as Israel, Morocco, Afghanistan, Kazakhstan, Kuwait. The second category assists non-diplomatic government officials and military personnel to travel visa free.

As of January 20, 2020, Japan, Bangladesh, China, Iran, Pakistan, Republic of Korea, Russia, Maldives and South Africa have visa facilitation agreements with India that are currently in force.

Kandhamal rises above violent past on Christmas

Christmas was joyously celebrated in the communally sensitive Kandhamal district of Odisha on Wednesday, a sign that peace and harmony has returned to the area. Forgetting the riots in 2007 and 2008, residents of Kandhamal gathered in churches for midnight mass on Tuesday and for prayers on Wednesday. High security As a precautionary measure, security […]

Indian and Pakistani experts travelled to the border crossing in Punjab for the proposed Kartarpur Corridor on Tuesday, and discussed the coordinates for the “zero point” where Sikh pilgrims will cross over, officials in Delhi and Islamabad said. The two sides will meet next on April 2, to take forward plans to complete the corridor […]

Nine injured in a multiple vehicle collision on Chennai-Bengaluru Highway

At least nine people were injured in a multiple vehicle collision that took place near Walajahpet Toll Plaza on Tuesday morning. According to traffic police, a container lorry, two lorries and as many as six cars collided one after the other on the Vellore-Chennai route. The incident happened around 7.30 a.m., when one of the […]