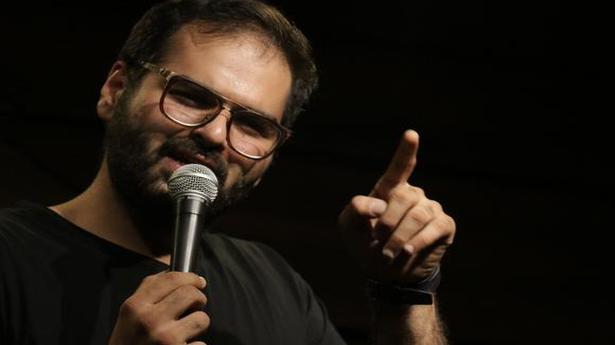 IndiGo did not respond to queries sent by The Hindu on the inquiry process followed by it before imposing the six-month ban on standup-comedian Kunal Kamra as well who the complainant was in this case. The airline has also not provided the grounds on which it has taken such a stringent action.

According to the Directorate General of Civil Aviation rules on unruly behaviour, the airline has to constitute a committee to probe an incident of alleged misbehaviour. The rules provide for a three-tier action – three-month ban in case of verbal assault and six months for physical assault or sexually derogatory language. In this case, Mr. Kamra has been punished with a six-month ban for a verbal commentary made to a passenger to his face.

Airlines are known to exercise extreme caution while banning a passenger for misconduct. Mumbai businessman Birju Kumar Salla, who posted a bomb hoax onboard a Jet Airways plane, was banned some days after the incident, which forced the airline to divert to an airport enroute, deplane passengers, take the aircraft to an isolation bay to carry out a security drill. There are umpteen incidents where passengers behave aggressively onboard a plane, but airlines do not act against them.

It is also important to remember the context in which no-fly rules against unruly behaviour were formulated. They were made after Shiv Sena MP Ravindra Gaikwad assaulted an Air India employee “25 times” with a slipper in March 2017. The primary objective of the no-fly list was to safeguard crew and the aircraft.

The rules say that an aggrieved passenger can appeal against his ban to an appellate authority, of which an official of the Ministry of Civil Aviation is a member . But if it is the Ministry that orders such a ban, who will a passenger appeal to?

Minister of State for Civil Aviation Hardeep Puri’s advice to other airlines to similarly ban Mr. Kamra is also at variance what the rules said, that it was up to the airlines to replicate the ban imposed by one airline unless there were security concerns from the MHA.

The rock paintings in Karikiyoor at Kil Kotagiri in the Nilgiri forests have withstood the forces of nature for some 5,000 years, but in just the last few years, close to 40% of the paintings have been destro-yed by trekkers, tourists, and vandals. Members of the Irula tribal community, who have an ancestral link to […]

The Central Bureau of Investigation (CBI) has filed a charge sheet against eight persons for their alleged involvement in the murder of Yogesh Gowda, Source: thehindu.com Related

Industries Minister M.C. Sampath on Monday called upon people to make use of the dedicated control room set up at the Collectorate and report on violations of home quarantine norms and other grievances during the lockdown period. Chairing a review meeting at the Cuddalore Collectorate, he said that as many as 3,613 persons from the […]